Worlds Collide In New 'Spider-Verse' Image! - Inside the Magic 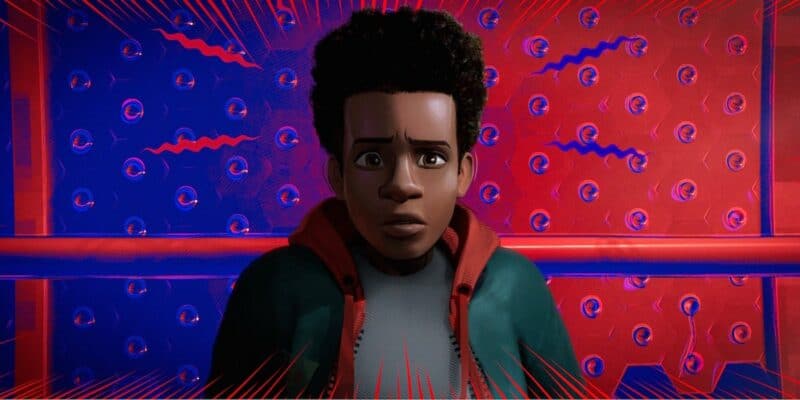 This new image has some major implications for the Spider-Verse.

There seems to be nothing but good news coming from Sony Pictures Animation’s new film Spider-Man: Across the Spider-Verse (2023). Directors, producers, and animators have all spoken up about the major things to come for the new movie, which will be the first sequel to the breakout success, Spider-Man: Into the Spider-Verse (2018).

Earlier articles have covered how the production team at Sony Pictures Animation has promised an “Endgame Style” movie for the sequel, which has also been teased to be broken up into two parts, one movie being insufficient to contain the entire story. They’ve also talked about how the sequel will be “insane,” so much so that it made people at the studio nervous!

The trailer and promotional material have also given fans a lot to look forward to and speculate about. Dozens of different Spider-people, paying homage to iterations of the character from Marvel Comics, animation, television, and film abound, as Miles Morales (Shameik Moore) and Gwen Stacy (Hailee Steinfeld) make their way through the Multiverse.

Marketing for the film also hints at a slightly more serious tone for the sequel. Miles’s mother, Rio Morales (Lauren Vélez), makes Miles (Moore) promise to take care of himself, as the audience sees dozens of Spider-Folk accosting the hero in the Multiverse. On top of this, Spider-Man 2099 (Oscar Isaac) seems bent on Miles’ (Moore) destruction, pinning the hero to the ground by his throat.

A new image from the film, shared by USA Today and The Direct, raises the stakes even further! Meeting the parents is a significant step in any relationship, whether that relationship is friendly or romantic. It also indicates that not only are Miles (Moore) and Gwen (Steinfeld) growing closer after the last animated film but that they each have more to lose.

Spider-Man: Across the Spider-Verse premieres in theaters June 2, 2023, and stars Shameik Moore as Miles Morales, Hailee Steinfeld as Spider-Gwen, Oscar Isaac as Spider-Man 2099, Issa Rae as Jessica Drew/Spider-Woman, Jake Johnson as Peter B. Parker/Spider-Man and Jason Schwartzman as The Spot. Across the Spider-Verse will see Miles (Moore) fighting to save the Multiverse once again, but this time, the clash will be against other Spider-People, in addition to the mysterious Spot (Schwartzman).

What do you think about the new image from Spider-Verse? Let us know in the comments below!