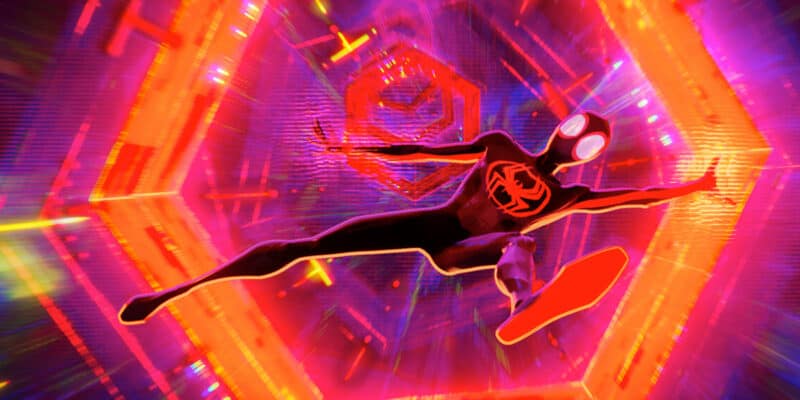 As if audiences weren’t hyped enough for Spider-Man: Across the Spider-Verse (2023)!

Already topping the lists for the most anticipated movies of 2023, Across the Spider-Verse is promising some enormous things for Miles Morales (Shameik Moore), Spider-Gwen (Hailee Steinfeld), and Peter B. Parker (Jake Johnson). Though the film doesn’t come out until halfway through the year, fans are already buzzing about the possibilities and the dozens of cameos already confirmed in the trailer. What is in store for the heroes?

Picking up shortly after the events of Spider-Man: Into the Spider-Verse (2018), the sequel will follow Miles (Moore) as he, along with Gwen (Steinfeld), journey into the Multiverse itself. Conflict arises between the heroes and a group of Spider-Folk charged with protecting the Multiverse, particularly Oscar Isaac’s Spider-Man 2099. All of this action culminates when the heroes face the threat of the new villain, The Spot (Jason Schwartzman).

As mentioned above, the trailer and posters promise a massive culmination of Spider-People, delivering on cameos from Marvel Comics, video games, animated series, and more. This ambitious crossover has already been favorably compared to another immense crossover film, Avengers: Endgame (2019), which brought together over a decade of stars and plotlines from the Marvel Cinematic Universe. Now, an insider from Across the Spider-Verse is making that same comparison when talking about this project’s scope.

Ere Santos, an animator for Across the Spider-Verse, sat down with The Direct and discussed the highly anticipated sequel. Initially, the film was planned to be a two-and-a-half-hour epic with a longer runtime full of action and character development. Eventually, this runtime was cut down, and spread over two films, Across the Spider-Verse acting as ‘Part One.’ Of the sequel, Santos said:

Santos said that despite the sacrifice of some of the “Endgame-Esque stuff,” the film will still be very ambitious in scope. As an animator, spreading the plot out over two films also facilitated the work of his entire team:

“But then kind of spreading it out and into two gives it that breathing room we all felt that it really needed to kind of go, ‘Okay, what do you what do we need to set up in the second movie? And how can we resolve it in the third movie? Or not?’ I don’t know. We’ll have to see.”

Throughout the interview, it’s plain to see the excitement and passion Santos has for the project, and it’s exciting to read that there may well be more movies added to the Spider-Verse franchise. Though the action initially planned for this sequel has been spread out now, audiences can still expect an intense sequel that is still “super ambitious,” according to Santos.

Spider-Man: Across the Spider-Verse swings into theaters June 2, 2023, and stares Shameik Moore as Miles Morales, Hailee Steinfeld as Gwen Stacy, Jake Johnson as Peter Parker, Oscar Isaac as Spider-Man 2099, and Issa Rae as Jessica Drew/Spider-Woman. The sequel, loaded with Spider-People from across the Multiverse, will find heroes from all over space and time fighting to keep reality intact while Miles (Moore) finds out “what it means to be a hero”.

What do you hope to see in Across the Spider-Verse? Let us know in the comments below!