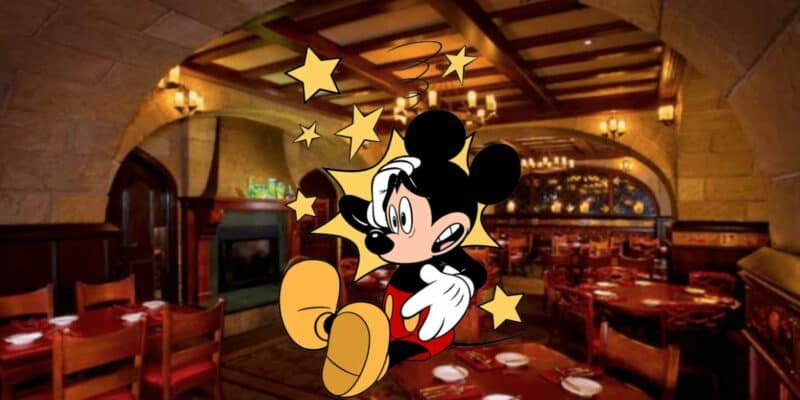 The Disney Parks aren’t just home to some of the most beloved rides and attractions but also incredibly delectable restaurants, and that can certainly be said of Walt Disney World. From the corndog nuggets at Casey’s Corner to the steak dinners at Le Cellier, there are more than a few ways to sate your appetite while hopping around the Parks. It’s so easy to list the best things a Guest can fill their plates with, but there are surprisingly a lot of restaurants that find themselves wanting.

A restaurant at Disney, in or out of the Parks, should be unlike anywhere else. Disney should go above and beyond the call of duty to create an incredible dining experience. The truth of the matter is something entirely different, as some Guests have found some of the restaurants wanting.

While some are definitely worth making a reservation when it comes to the food, such as the Prime Time Cafe and its amazing array of comfort food, others are simply don’t live up to the hype. When asked their opinions on a recent Reddit post, Disney Guests were quick to share their thoughts on the subject.

One of the most talked about restaurants is the recently-opened Space 220. While it’s certainly an interesting addition to EPCOT, some fans are a bit dissatisfied with their interstellar dining experience.

“Space220 for sure! So expensive and the atmosphere was just meh.”

“It really was! And the food portion sizes were ridiculous! It’s a pre fixe menu with three courses yet the food were normal or larger sizes… it made no sense.”

Giving the space-themed restaurant and lounge the benefit of the doubt, as it’s still barely two years old and still working out the kinks, there are other, more established eateries that have surprisingly earned the ire of some Guests.

Places like Chef Mickey’s are often regarded as an iconic Character Dining experience, but u/NorthSufficient9920 comments,

“Chef Mickey’s. We did the character meal for dinner. Atmosphere is terrible. The bright lights and ugly decor are just too much and the food is mediocre buffet slop. Character interactions were great, though, and we got some of the best pictures of our kids with Pluto, Mickey and Minnie from the trip that night. Just adjust expectations on the food if you go. The terrible bright lights were good for the pictures.”

Similar points can be made towards other Character Dining options as well, as Cinderella’s Royal Table has also come under some criticism as well. u/ShePushesAway shares their remarks and writes,

“They seemed to be overbooked because we waited forever to get in and then they rushed us out. We never even found out what the stars were supposed to be used for. The food was just okay. It probably didn’t help that my hopes were quite high.”

Even restaurants with sterling reputations have gone under fire. Le Cellier at EPCOT’s Canada Pavilion has often been considered a highlight of the Park’s dining opportunities, especially during the Food and Wine Festival. Still, some Guests have found it fails to live up to its reputation.

“Le Cellier was a big disappointment after the rave reviews. The steaks were OK. I think pretty comparable to what I’d make at home. Not close to the good steakhouses in my area. Considering the price and how they shove you in there, not worth it.”

Fans have called out portions, size, crowd control, and atmosphere for many of the Park’s best eateries. In the end, it all boils down to what Guests are really looking for. The food might be fine, but the atmosphere might be lacking. The experience might be memorable, but the menu might be outrageous. This doesn’t make all the restaurants mentioned above an entirely negative experience, but perhaps they are in need of more realistic expectations.

Have you enjoyed eating at these restaurants at Walt Disney World? Tell us in the comments below!