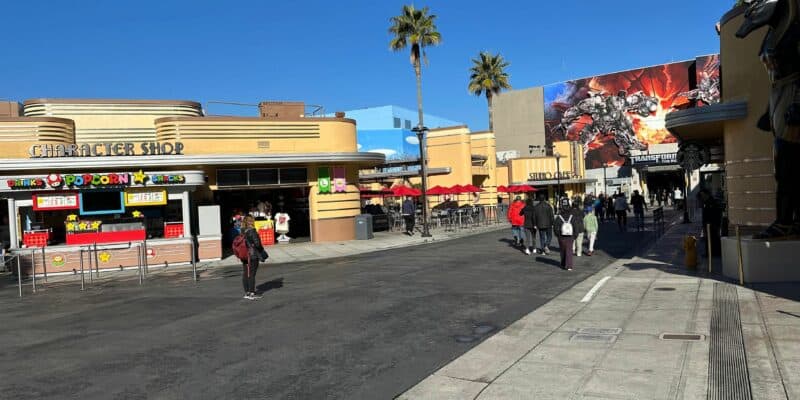 If there is one thing that seems unbelievable, at least in the current climate, it’s an empty theme park.

Since the widespread pandemic closures, the return of the theme park industry has been robust. In the United States, the industry-leading Walt Disney World Resort and Disneyland Resort, as well as Universal Parks like Universal Orlando Resort and Universal Studios Hollywood have been welcoming Guests back in droves.

Not only have attendance and ticket sales been high but the aforementioned Parks have resurged with announcements, changes, and upgrades. It’s clear that not every change has been favorable, but in spite of the backlash, fans of both Disney Parks and Universal Parks have shown that they just cannot stay away.

However, with the seasonal high comes the off-season lows, and one Universal Park, in particular, has turned into a ghost town as holiday crowds diminish and people return to school and work.

Universal Studios Hollywood, found in the heart of San Fernando Valley in Los Angeles, California, is the smaller cousin to Central Florida’s sprawling Universal Orlando Resort. While the latter boasts two — soon-to-be three — theme parks (hello, Universal’s Epic Universe!), and a separate water park, the Universal Park located on the west coast was birthed as the now world famous studio tour, before turning into a fully-fledged theme park in 1964.

The Park is steeped in history and that signature Hollywood shine but despite its famous tours, the growing number of attractions (the Park will soon welcome Super Nintendo World), and the scariest event in Southern California, Halloween Horror Nights, Universal Studios is not always busy.

Recent photos show Universal Studios Hollywood becoming a ghost town as crowds vanish from the Park. You can see the photos below:

Jurassic World is likely quieter than other areas in the theme park due to its leading attraction, Jurassic World — The Ride, being closed for refurbishment until February 9.

Universal Studios Hollywood, which already boasts attractions like Harry Potter and the Forbidden Journey in The Wizarding World of Harry Potter, Jurassic World — The Ride, and Despicable Me Minion Mayhem, will next open Super Nintendo World in the Lower Lot area of the Park.

Super Nintendo World at the Los Angeles location will be the second of Universal Parks & Resorts’ Nintendo-themed lands, the first of which opened in Universal Studios Japan; there will be a third and fourth opening in the near future as both Universal Studios Singapore and Universal Orlando Resort ready their own versions of the new land.

At Universal Studios Hollywood, Super Nintendo World will open on February 17 with the 1UP Factory merchandise store, the quick-service eatery Toadstool Cafe, the interactive mini-attractions Power-Up Band Key Challenges, and the flagship attractions Mario Kart: Bowser’s Challenge. Since January 12, there have been soft-opening technical rehearsals at the land.

Have you ever been to a really quiet theme park? Let us know in the comments down below!