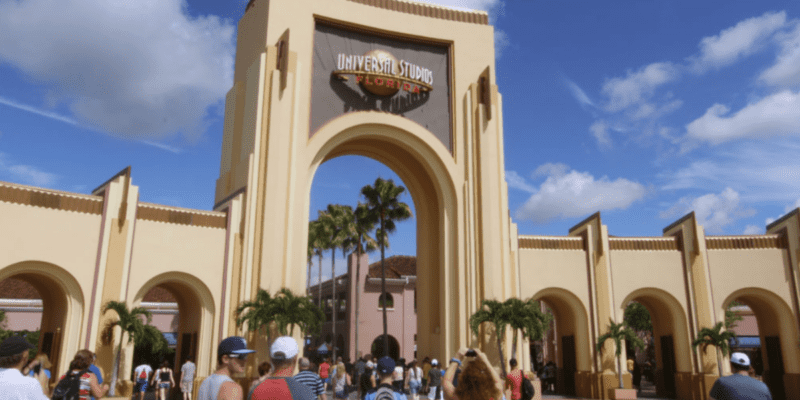 Universal Orlando Resort is about to be even more epic.

Universal Orlando is constantly making all kinds of updates and constructing new offerings for fans to enjoy. The biggest project is none other than Epic Universe, which is set to open in 2025, but that doesn’t mean that new attractions won’t be built and opened before the new theme park.

Universal Studios Florida is currently in the midst of finishing up an all-new Minions-themed attraction that is set to open in the summer of 2023. The attraction will replace the building that used to house Shrek 4-D.

Universal Orlando Resort released a statement on the closure:

Stay tuned – more details about the new experiences coming to Universal Studios Florida will be revealed in the months ahead.”

While there are several rumors on what will take over the area, we got a very telling glimpse of what will be coming today with new construction walls.

@magiccitymayhem shared photos of the construction walls on Twitter:

While Shrek and Donkey, and the DreamWorks Destination might be closed for now, it seems that the attractions might return to their home when the area is completely finished.

Universal has yet to announce anything, but the expectation is that the entire area will be DreamWorks-themed. Kung Fu Panda, Madagascar, Shrek, Trolls, and many more properties are set to be a part of the new KidZone. There have been rumors that a new Trolls dark ride could be built, but nothing has been confirmed.

What do you think of DreamWorks taking over the KidZone in Universal Studios Florida? Let us know in the comments!