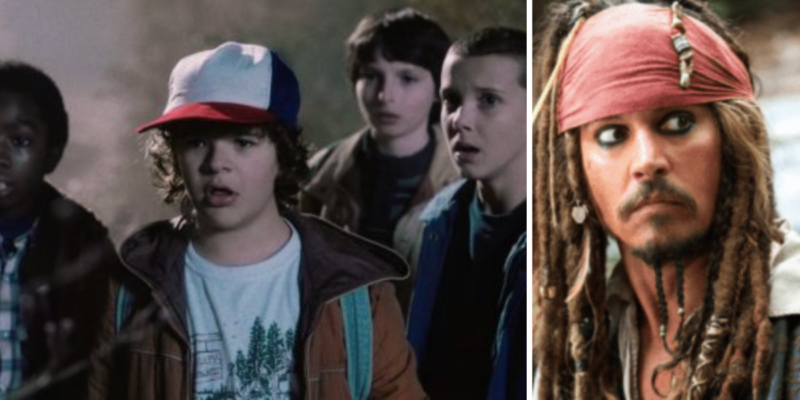 Johnny Depp has become synonymous with Pirates of the Caribbean.

But, as Disney looks to move forward with the franchise, it doesn’t seem that Johnny Depp is in the plans.

POTC Producer Jerry Bruckheimer recently revealed that he’d love for Johnny Depp to reprise his role as Captain Jack Sparrow, but he doesn’t seem it happening. Multiple reports from insiders in the industry have noted that Depp is seen as “not redeemable” in Hollywood, and this includes in studios owned by Disney.

If this is truly the case, and Disney is still moving forward with the franchise, several reports have indicated that they may elect to go with a younger cast.

Teen Wolf star Dylan O’Brien has been in rumors to potentially fill the role played by Johnny Depp with a younger cast in the franchise, and now another name has come forward as a potential for the cast.

Maya Hawke, best known for her role as Robin Buckley in the hit Netflix series Stranger Things, is reportedly in discussions to take on a role in the sixth installment of the POTC franchise.

Hawke is the daughter of Uma Thurman and Ethan Hawke, and has played roles in several other films, including Once Upon a Time in Hollywood (2019) and Do Revenge (2022), but nothing would be bigger than landing a role in Disney’s premiere franchise.

In addition to these rumors, there have also been reports that Disney could move ahead with a Margot Robbie-led script. There have also been rumors that Keira Knightley could return to reprise her role of Elizabeth Swann. Of course, nothing has been confirmed.

What do you think of Maya Hawke in discussions for Pirates of the Caribbean? Let us know in the comments!