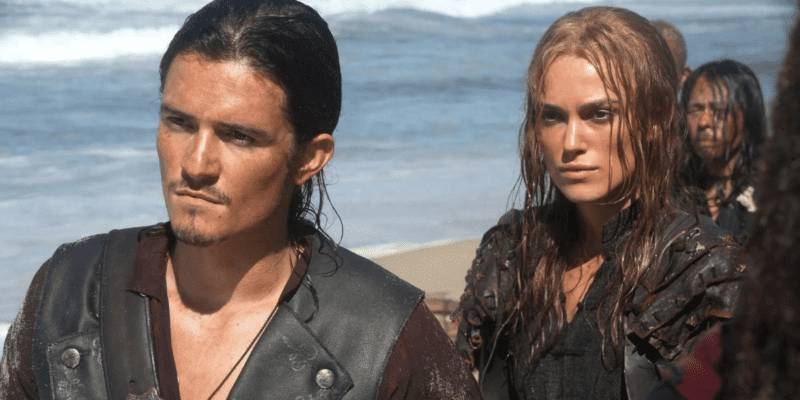 The future of the Pirates of the Caribbean franchise has been one of the most-discussed topics by Disney fans in the last several months.

All of those films have featured Captain Jack Sparrow, played by Johnny Depp, as the lead protagonist. However, Johnny Depp and Disney saw a major split when it was reported that Disney would be replacing him in the lead role for the franchise with Margot Robbie in the next adaptation of the franchise.

Though there have been reports that Disney may not be done with Captain Jack Sparrow and that a deal with Johnny Depp may be on the table, nothing has come to fruition as of yet.

In the midst of Disney’s split with Depp, it seems that fans have missed out on what other cast moves might be happening behind the scenes.

Giant Freakin’ Robot is now reporting that Keira Knightley, who is known for her role as Elizabeth Swann in the franchise, is in talks with Disney to return. Knightley played Elizabeth Swann in the first three films of the franchise, and then elected not to return for the fourth film before making a small appearance in Pirates of the Caribbean: Dead Men Tell No Tales.

The report indicates that Knightley will return to her role for a new Pirates series on Disney+.

“We can report that she will be returning to that role for a new Pirates series for Disney+. Jerry Bruckheimer is bringing the Pirates franchise back in a big way and bringing back legacy characters is certainly a surefire way to bring back the droves of fans that made the franchise one of the most successful in cinema history.”

The report also speculates that, if Knightley is in talks to return, Orlando Bloom– who played William Turner in the series– might also be in negotiations with Disney.

“Jerry Bruckheimer is rebooting the franchise, which we have previously reported on. Margot Robbie is meant to lead a new movie, which could also possibly connect to this new Keira Knightley Pirates series. We reported that Bill Nighy was also in talks to return as Davy Jones, so the ending of Dead Men Tell No Tales could connect to this new series and the new Robbie-led movie.”

What do you think of this report about the future on POTC? Let us know in the comments!