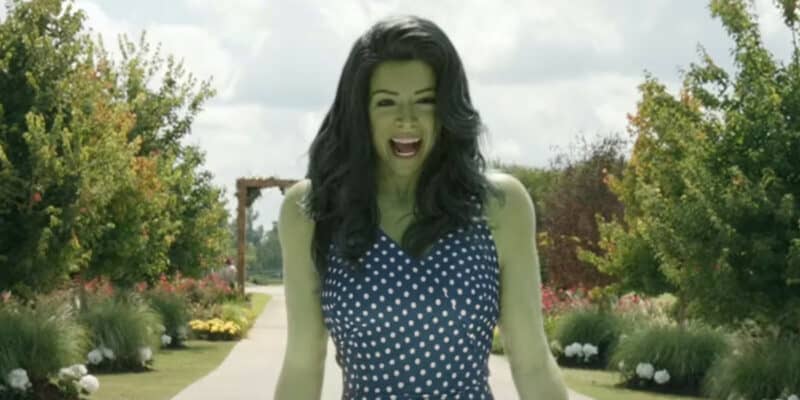 It’s safe to say not many people saw this one coming for She-Hulk: Attorney at Law.

If the question were to be posed to Marvel Fans, “Which 2022 Marvel Studios offering should get a Visual Effects Award nomination?” odds are many would likely respond with titles like Moon Knight or Black Panther: Wakanda Forever (2022). Some might even give the nod to Thor: Love and Thunder (2022) for that monochromatic scene in space, but it’s doubtful She-Hulk would be high up on that list.

Regardless of how fans felt about the story and style, most audiences can agree that there were some struggles when it came to the visual effects in the series. While, for the most part, She-Hulk (Tatiana Maslany) didn’t look bad necessarily, there were moments where the character strayed into the realm of the uncanny valley.

This isn’t to say the VFX team didn’t try. The cast of the show even came out in defense of the team that worked on the show, citing the tight deadlines and impressive amount of detail that each VFX artist has to deal with. In addition, the troubled effects in She-Hulk shed light on some other issues at Marvel Studios.

Back in November, Variety covered the cast response, as well as a response from a former Marvel VFX artist who said that the studio is a “Horrible client” and that he personally witnessed other artists “break down after being over worked, while Marvel tightens the purse strings.”  Add on top of that the reported “blacklist” for VFX artists at the studio, and it certainly makes for a high-pressure, hostile working environment.

Despite all this, The Direct has reported that She-Hulk has beat out the rest of Marvel’s offerings and has been nominated for Outstanding Animated Character in an Episode, Commercial, or Real-Time Project as part of the 21st annual Visual Effects Society Awards. This can be seen as both very good and a little discouraging.

It will certainly be a feather in the cap of the overworked and underpaid VFX artists who worked on the show, allowing them to get more work with the studio or outside the studio. It must be a little discouraging, though, for other Marvel VFX artists who produced outstanding visuals like Khonshu (F. Murray Abraham) in Moon Knight.

She-Hulk can be streamed on Disney+ and stars Tatiana Maslany as Jennifer Walters/She-Hulk, Jameela Jamil as Titania, Mark Ruffalo as Bruce Banner/Smart Hulk, Ginger Gonzaga as Nikki Ramos, and Tim Roth as Emil Blonsky/Abomination. The series focuses on Jennifer Walters (Maslany), who has to adjust to life as a superhero and attorney in Superhuman Law after gaining the powers of her cousin, The Hulk (Ruffalo).

What do you think about this nomination? Let us know in the comments below!