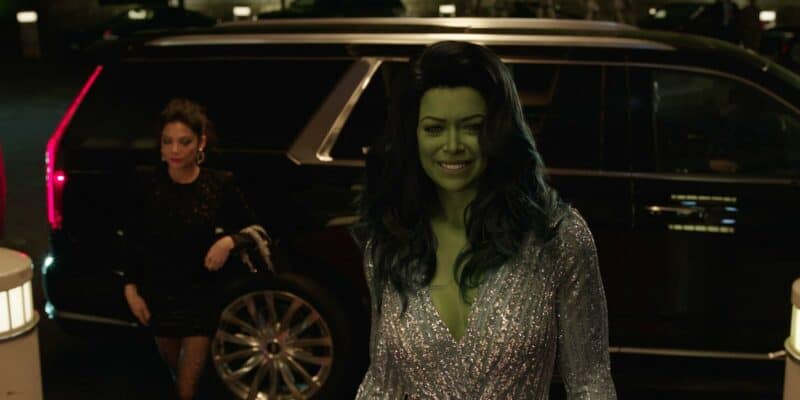 Someone working for Marvel Studios has dropped a piece of news that absolutely no one noticed!

This article may contain spoilers for She-Hulk: Attorney at Law‘s finale episode.

Amidst all this buzz, someone working on She-Hulk let slip this surprising bit of news that no one had figured out yet.

Apparently, Marvel Studios hired a man to play the character of She-Hulk/Jennifer Walters in the finale episode of the show that aired last Thursday.

In several photos released online, actor Devon Lewis who worked on She-Hulk: Attorney at Law shared these images of a male She-Hulk actor, instead of Jennifer Walters’ original actor, Tatiana Maslany. The images show a male actor dressed as She-Hulk, getting ready in the makeup chair with a full face of bright green Hulk-makeup (the likes of which Incredible Hulk/Smart Hulk and Bruce Banner actor Mark Ruffalo doesn’t even contend with).

The catch? He was the body double in question:

A lot of people still haven’t realized that She-Hulk was played by a man… Yes motherfuckers, that’s me.

So why did Marvel Studios hire this male actor?

Well, it was a tribute to the original 1970s approach to depicting She-Hulk — the character being played by a man was a deliberate departure from the portrayal by Maslany. All of this was done in order to create a purposely “meta” moment for the audience (as they attempted pretty much throughout the entire finale), particularly in that opening sequence.

In a video released to social media app TikTok, Devon Lewis, AKA @samoansuperman14 posted the following video revealing the truth:

This She-Hulk actor and body double now has something extremely interesting on his resume!

Did you like the She-Hulk finale? Are you surprised at this reveal? Share your thoughts in the comments below!

Comments Off on She-Hulk Was Actually Played By A Man, Marvel Actor Lets Slip