Kevin Feige Responds to Detractors of Superhero Genre - Inside the Magic 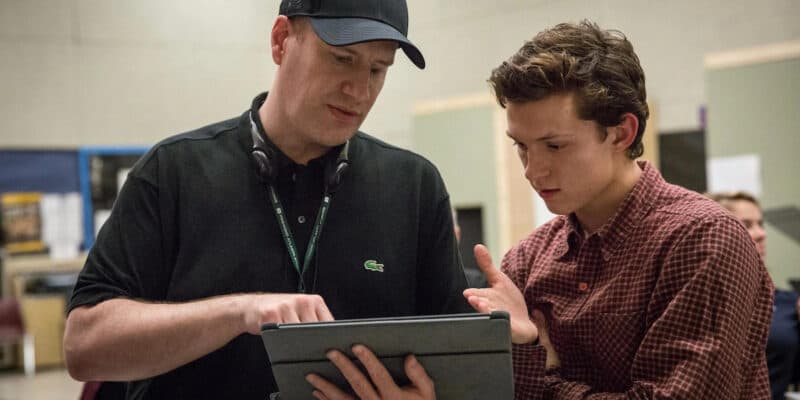 Much has been said recently about the comic book/superhero genre. Despite its overwhelming popularity, many prominent actors and filmmakers haven’t held back their negative feelings. Some have even gone as far as to say that movies in the superhero genre aren’t cinema, aren’t art, and aren’t worthy of recognition. Fortunately, many within the genre have stepped up to defend it!

In the past year alone, both James Cameron, director of Avatar: The Way of Water (2022), and Quentin Tarantino, director of Once Upon a Time in Hollywood (2019), have attacked Marvel films specifically, each for different reasons. Tarantino called out Marvel Cinematic Universe actors Chris Evans (Captain America) and Chris Hemsworth (Thor), saying they weren’t “movie stars.” Cameron had a bit more to say: calling the films shallow, with bad VFX, and “not the way to make movies.”

Three big-name Marvel Studios alumni came to the defense of both the studio and the genre; the first: Simu Liu from Marvel’s Shang-Chi and the Legend of the Ten Rings (2021). The star pointed out that he probably wouldn’t have been given the opportunity to lead a film like Shang-Chi if it was up to “gatekeepers” like Quentin Tarantino and Martin Scorsese.

Other Marvel Universe stars soon jumped in; Samuel L. Jackson, Marvel’s Nick Fury, paid tribute to the late Chadwick Boseman, saying that it was an undeniable fact that the actor was a movie star. Iron Man /Robert Downey Jr. joined in with one of the strongest responses, reminding filmmakers like Tarantino, “We’re all a community. There’s enough room for everything”, telling them to “get over it.”

Now, the boss himself has responded. In a recent interview shared by The Direct, Marvel CEO Kevin Feige went to bat for the genre. Feige cited people that couldn’t get past comic books as a legitimate medium, relating them to detractors from the superhero movie genre:

The CEO went right on to describe his 22 years of experience in the industry and expressed his gratitude for the outstanding response from fans, saying that the opportunity to make these kinds of films has been “surreal.” In addition to producer Nate Moore, the two Marvel Studios executives described the goals for the franchise and what they’ve been trying to accomplish year after year.

Stan Lee’s legacy of telling human stories on a superhero backdrop has been very popular and important. It makes the characters that audiences have grown up with approachable and relatable and tells fantastic stories that have existed only on the page of Marvel Comics for decades.

What do you think of Feige’s comments? Let us know in the comments below!