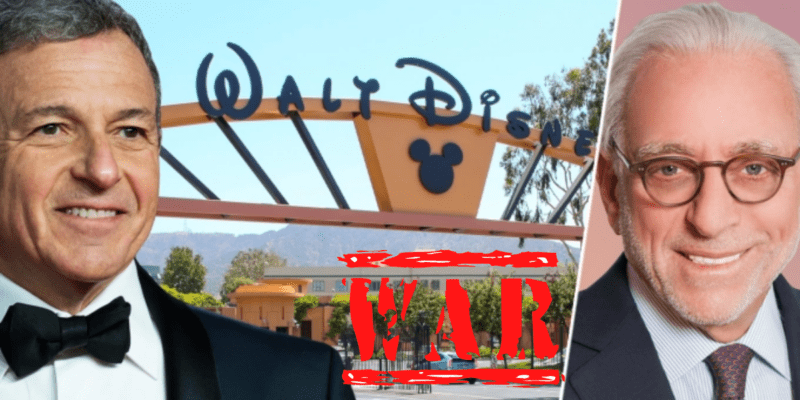 The public battle between The Walt Disney Company and Trian’s Nelson Peltz occurred chiefly on the Securities and Exchange Commission’s official website last week. However, as the fight continues to rage on, the battle between the two sides has started to go public.

Related: New Investor Could be a Major Distraction for Disney

Trian filed several reports and presentations over the last couple of days to try and convince Disney shareholders to vote for Peltz as director at the upcoming annual meeting, which has prompted leadership at The Walt Disney Company to fire back.

On Tuesday, Disney came out firing on all cylinders against Trian Partners and its principal owner Nelson Peltz, the activist investor pushing a proxy fight to take a seat on Disney’s board. “The current board is the right board for Disney shareholders,” the company stated in a new report filed with the SEC. Disney’s current board of directors added, “Nelson Peltz does not understand Disney’s business and lacks the skills and experience to assist the board in delivering shareholder value in a rapidly shifting media ecosystem.”

In the filing, Disney also provided its own version of its financials to defend its track record, its deals, and current Disney CEO Bob Iger, who re-took the leadership post in November last year. The company noted that the board and Iger had created significant shareholder value for Disney shareholders during his previous tenure.

Related: Official Disney Update Confirms Company to Refocus on “Value and Flexibility” at the Parks.

One interesting development that became public today was that Marvel Entertainment Chairman Isaac Perlmutter supported Peltz and lobbied Disney executives and board members to have him appointed to the board. Disney said in the filing that “Peltz, or Isaac Perlmutter (an employee and shareholders of Disney who currently serves as Chairman of Marvel Entertainment) on Peltz’ behalf, asked for a Board seat or suggested he should be added to the Board no less than 20 times since July 2022.”

Related: As Cast Members Struggled to Survive, CEO Bob Chapek Made More Than 400x Their Salaries

Disney went on to further respond to the request by stating that “Peltz has no track record in large-cap media or tech, no solutions to offer for the evolving media landscape. And if MSG Sports is his training ground, it has not been a good one.”

As the fight between Nelson Peltz and The Walt Disney Company continues to wage on, make sure to keep visiting Inside The Magic to hear about the latest updates.

Do you think Nelson Peltz should be appointed to the Disney Board of Directors?