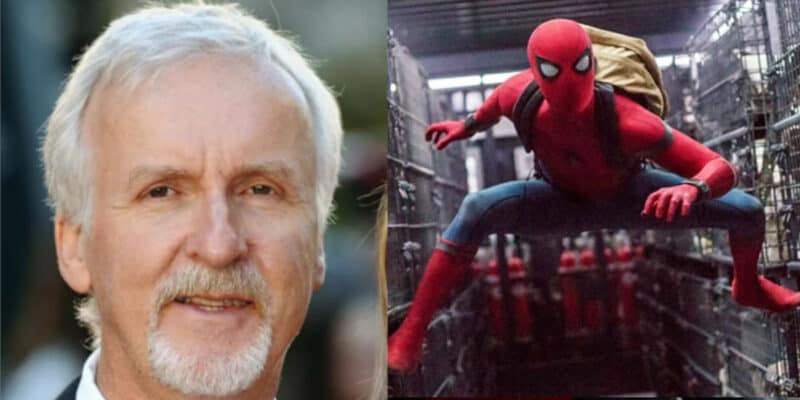 This is certainly an about-face for James Cameron!

Hollywood directors who haven’t been involved in either the Marvel Cinematic Universe or the DC Extended Universe often bear a little resentment towards the two studios, and the giant genre of comic book films as a whole. Much has been said by, and about Quentin Tarantino and his derogatory comments towards actors in the Marvel Cinematic Universe, but he’s not the only one. Hollywood giants like Martin Scorsese, Ridley Scott, and yes, Academy Award winner, James Cameron have all said things against the genre.

In recent years, the director of Titanic (1997), Avatar (2009), and most recently, Avatar: The Way of Water (2022) hasn’t been shy about his criticism of Marvel Studios, and of the comic book genre as a whole. As recent as October of this year, in an interview with Variety, Cameron slammed both studios, calling them out specifically:

“When I look at these big, spectacular films — I’m looking at you, Marvel and DC — it doesn’t matter how old the characters are, they all act like they’re in college. They have relationships, but they really don’t. They never hang up their spurs because of their kids. The things that really ground us and give us power, love, and a purpose? Those characters don’t experience it, and I think that’s not the way to make movies.”

The director of the highest grossing film of all time seems to be backpedaling on those comments however, in recent statements . Just one week away from the release of his big budget Avatar sequel, Cameron, who has expressed interest in directing a Spider-Man film in the past, said he wanted to “Clear the Air”:

“I just want to say ahead of time, I’m not going to diss the Marvel or the DC Universe…”

While it does seem a bit late for him to not “diss” Marvel or DC, Cameron did have some positive words for how well at least one character that’s now part of the Marvel Cinematic Universe has been handled, while reiterating that he won’t be directing any superhero films anytime soon:

“I have no interest in directing a comic book film…I had an interest in Spider-Man, but that was a unique thing. A personal love of Spider-Man. But, that ground has been very well-served by other people.”

With the impending release of Way of Water in theaters, it seems interesting that director James Cameron would make comments like this about the studio giants, especially with the reported overwhelmingly positive early reactions to his films. Could it be that he’s starting to warm up to the world of the Marvel Cinematic Universe and the DC Extended Universe? Or has he simply seen the responses to his colleague Tarantino?

Avatar: The Way of Water hits theaters next week, December 16, 2022, and stars Sam Worthington as Jake Sully, Zoe Saldaña as Neytiri, Sigourney Weaver as Kiri, and Kate Winslet as Ronal. The film will pick up 15 years after the events of Avatar, and will follow Jake (Worthington) and his family as new threats, and old enemies on the alien world of Pandora.

What do you think of James Cameron’s comments? Let us know in the comments below!