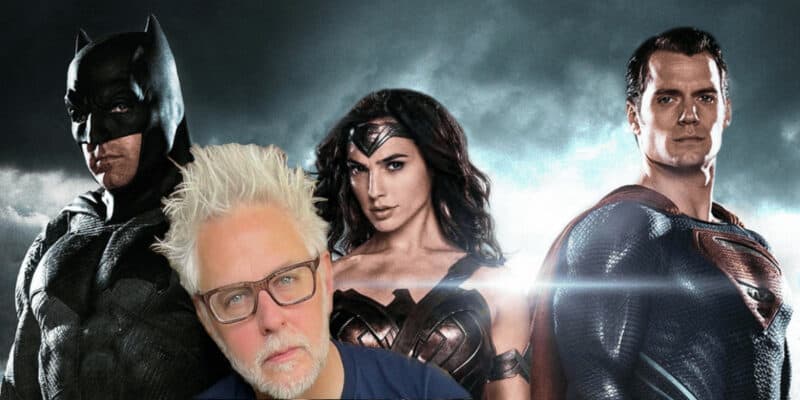 The world of entertainment news has been buzzing since James Gunn, and Peter Safran took over at DC Studios. Even more so, since Gunn confirmed that they would be revealing a long-term plan for the studio involving multiple movies across multiple years later this month. With the many cancellations and reboots already confirmed by Gunn, it seemed that the slate would be wiped clean.

So far, Either James Gunn himself or the lead actors in the franchise have confirmed that Henry Cavill will not be returning as Superman and that Dwayne Johnson will not be returning anytime soon to Black Adam (2023). Gunn has also debunked rumors about other recasting involving the Justice League and Suicide Squad franchises but did say there would be new casting.

On the other hand, Gunn has debunked a number of other rumors surrounding the new DC Universe. Gunn stated that Ben Affleck’s Batman would not be supplanted by Matt Reeves’ iteration, starring Robert Pattinson. He also clarified that a new Green Lantern series planned for HBO Max would indeed be moving forward, and just today, he cleared up one more important detail.

Despite Patty Jenkins’ Wonder Woman (2017) threequel being currently stalled, James Gunn said that the character, likely still played by Gal Gadot, will be continuing on in the DC Universe. Were it not for the next bit of news about the franchise, this might be a little confusing: up until now, fans have been operating on the assumption that the entire DC Universe was being rebooted, but it turns out that is not the case!

According to a recent report from Variety, mysterious inside “sources” claim that Gunn and Safran’s plans for the franchise may not be as wide sweeping as initially thought. These sources claim the reboot will be “broad but not [a] blanket reset.” While informative, this brings up a whole slew of other questions and possibilities.

If indeed these claims are true, it could mean one of two things: the new films coming out this year, including Shazam! Fury of the Gods (2023), The Flash (2023), Blue Beetle (2023), and Aquaman and the Lost Kingdom (2023) will still be part of the DC universe canon and will help to establish further canon moving forward. This could be further substantiated by Zachary Levi’s vehement support of the new CEOs and their plans, or…

The other possibility is that any or all of these four films will be released as a standalone, simply because of the enormous investment the company has already made in them. If this is the case, the return of characters and actors like Jason Momoa and Ezra Miller would be very short-lived, and the potential for a future reboot is still on the table.

Whatever happens, fans are waiting on tenterhooks to find out what Gunn and Safran have in store for these beloved characters. Gunn has stated that a significant announcement is on the way later this month, which will address plans for the future of the DC universe.

Which characters do you think are sticking around in the DC Universe? Let us know in the comments below!