New Photos May Confirm Zachary Levi's Future In DCU! - Inside the Magic 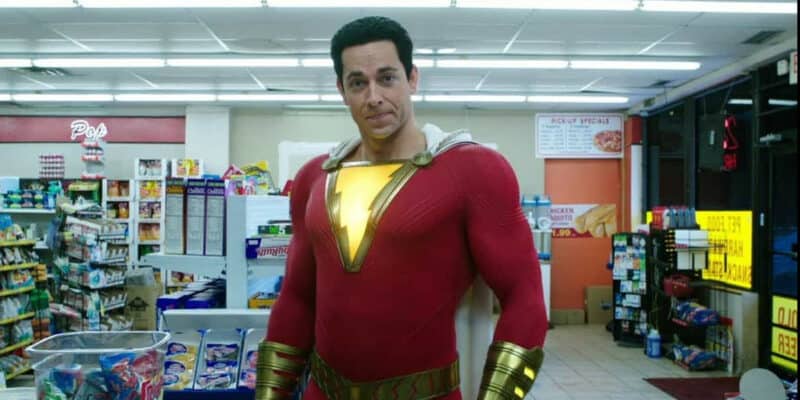 Fans may be seeing a lot more of Zachary Levi in the DC Universe!

Amidst the upheaval at DC Studios, two people have been more vocal than most: James Gunn and Zachary Levi. Both of these high-profile figures at DC Studios have spoken up about the future of the franchise and have been hard at work debunking rumors. For James Gunn, quashing false rumors seems almost like an Olympic sport! For Levi, it’s a bit different.

In December, Levi took to Instagram to defend the new co-CEOs of DC Studios, James Gunn and Peter Safran. In the impassioned video, Levi went to bat for the new leadership, claiming he didn’t even know the future of his own character from Shazam! (2019). The star also called on fans to “give them some space and some time to try and really make something special.”

Some fans have taken umbrage with Levi’s comments, claiming that it was all well and good for him to say things like that since his new movie, Shazam! Fury of the Gods (2023) is still on DC studio’s release schedule. The video and Levi’s sentiments have also turned a few fans against him, causing more than a few to suggest replacements for the actor.

Despite the star’s claims that he is unaware of the future of the character, some new photos may hint that his future in DC is secure. The images, posted to Instagram by co-CEO Peter Safran’s Wife, Natalia Safran, show star Zachary Levi sharing in a vacation to Aspen, the star even sharing a ski lift with Safran and his family.

Moreover, as reported by The Direct, the tags, and caption for the photo directly referenced Shazam! Though this doesn’t guarantee anything, nepotism within Hollywood is not only common but the norm. When asked about it, super-star Tom Hanks even said that film was a “family business.” Though Levi is not family, it’s safe to say he and Safran are close enough friends to merit some sort of special treatment.

If indeed, it is the case that Zachary Levi gets special treatment due to a close relationship with the co-CEO,  fans may get riled up once again. As has been reported, other characters, such as Henry Cavill’s Superman, and Dwayne Johnson’s Black Adam will not be returning to the DC Universe, which begs the question: had Cavill and Johnson cultivated a better friendship with either Gunn or Safran, would they still be around?

Shazam! Fury of the Gods comes to theaters March 17, 2023, and stars Zachary Levi/Angel as Billy Batson/Shazam, Jack Dylan Grazer/Adam Brody as Freddy Freeman, Rachel Zegler as Anthea, Helen Mirren as Hespera, and Lucy Liu as Kalypso. Fury of the Gods follows the Shazam family as they face a new threat in the daughters of Atlas, whose new weapon threatens to destroy the world.

What do you think about these new images? Let us know in the comments below!