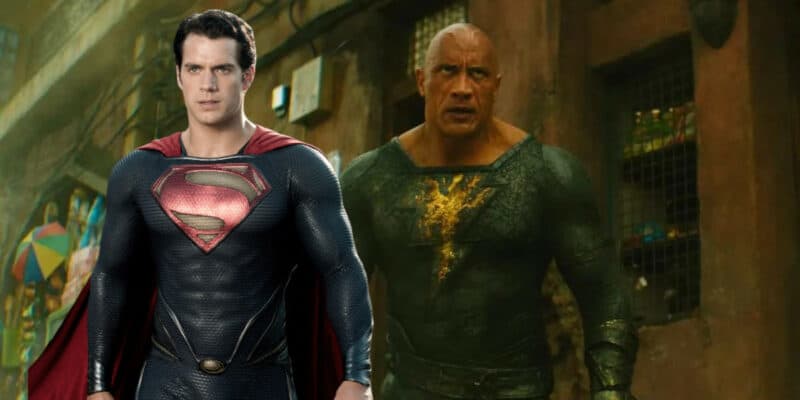 This did not sit well with Warner Bros. or DC Executives.

One of the most challenging farewells of the new James Gunn and Peter Safran DC Studios was the departure of Henry Cavill. The star of Man of Steel (2013) was the one to kick off the former DC Extended Universe and had been with the franchise since the beginning. What made his dismissal even more shocking was the manner in which he left.

As DC fans know, Cavill appeared one last time in Black Adam (2022) as part of a post-credit sequence. Cavill also posted to social media that he was going to return as Superman (Cavill) and was anxiously looking forward to reprising the role. Then, not long after, the word came down, and the world heard that he would not, in fact, be coming back as Superman (Cavill).

This came shortly before Dwayne Johnson, star of Black Adam and the main driving force behind the project, revealed that his passion project would be limited to one title for the foreseeable future. The announcement from Johnson was less of a surprise, as the film did not perform as well as the studio had hoped. After a new leak, however, it seems Black Adam’s cancelation may have had more to it than that.

According to a recent report from Variety, Dwayne Johnson had a very ambitious plan for the future of Black Adam. The report claims that the star of DC League of Superpets (2022), Red Notice (2021), and more laid out a multiyear plan for the new DC character, including an interweaving storyline with Henry Cavill’s Superman. This would all have culminated in a “Superman-versus-Black Adam showdown.” While executives didn’t care for the story, this wasn’t what was most upsetting.

These talks were reportedly happening during the significant changes within DC Studios, and Warner Bros. Discovery, and the departure of Walter Hamada and Toby Emmerich. Utilizing the busyness that always accompanies changeover is one thing, but according to one source:

“Dwayne went around everyone, which didn’t sit well…”

Apparently, it didn’t end there. Dwayne Johnson also requested a tequila bar at the premiere of Black Adam that would feature his personal brand, Teremana, despite the movie bearing a PG-13 rating. On top of this, DC Studio insiders felt that the star was doing lopsided promotion: too much for Black Adam and not enough for Superpets, “His demands increased, and the returns just weren’t there.”

If these reports are to be believed, then it seems that ambition got the better of Dwayne Johnson and may have led to the cancelation of his future projects within the DC Universe. Thus far, the only confirmed titles for this year are Shazam! Fury of the Gods (2023), The Flash (2023), Blue Beetle (2023), and Aquaman and the Lost Kingdom (2023).

What do you think about Dwayne Johnson’s behavior? Let us know in the comments below!