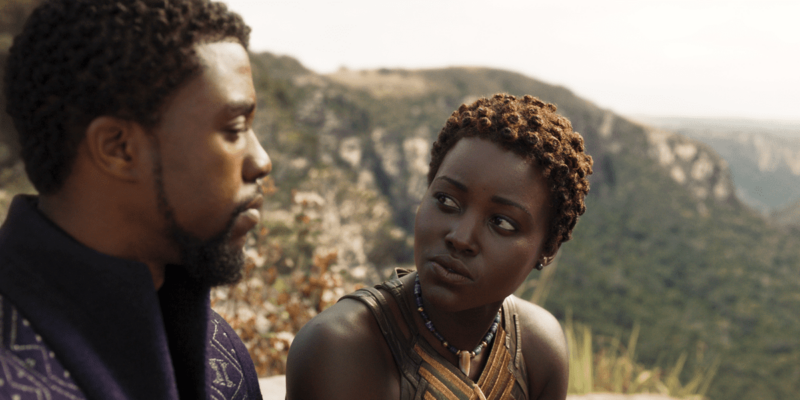 Last November, Marvel fans were whisked back to the world of Wakanda in director Ryan Coogler’s Black Panther: Wakanda Forever (2022) which saw Queen Ramonda’s (Angela Bassett) family and citizens of Wakanda face off against Tenoch Huerta’s Namor. While anticipation for the sequel to the billion-dollar hit was high, the lead-up to its release was riddled with grief and controversy as the world adjusted to Chadwick Boseman’s passing.

As the #RecastTChalla discourse grew, the movie released to favorable reviews, and now Marvel has confirmed it will reveal the last ever Black Panther.

Played by the late Chadwick Boseman, T’Challa first appeared as a supporting character in the Russo Brothers’ Captain America: Civil War (2016). The ensemble movie found T’Challa hunting Bucky Barnes AKA the Winter Soldier (Sebastian Stan) after the assassination of his father. Two years later, Boseman would headline his own movie to critical acclaim, redefining the African-American superhero experience forever.

With appearances in the Avengers Phase Three climax in 2018 and 2019, the world mourned Boseman after he died from colon cancer in 2020. His final voice acting credit for Marvel would be in 2021’s What If…?, and his legacy would prove a hard one to manage as Marvel Studios execs. searched for the best way to carry on the Marvel Cinematic Universe without the actor, and also give him the send-off he deserved.

And so, Coogler’s Black Panther: Wakanda Forever underwent significant production changes, ending with the decision to feature Letitia Wright’s Shuri as the next Black Panther — although, the post-credits scene may point to a new King T’Challa entering the MCU sometime in the future.

The discourse surrounding Marvel’s decision to not recast T’Challa was a contentious one; some fans celebrated the chance to celebrate Boseman’s character while others blasted the choice to remove one of Marvel Comics’ most famous Black superheroes from the biggest live-action franchise in history.

Now, in a new outing for the Marvel Universe, the comic book leader has announced they will showcase the last-ever Black Panther. The next installment in the “Marvel Voices” anthology series, titled “Marvel Voices: Wakanda Forever #1”, will flash forward in time to reveal the character.

“Ever since we first started bringing Marvel’s Voices into our comics back in 2020, it’s been so inspiring to see our stories grow and evolve, bringing up a fantastic lineup of new characters and creators.”

“Looking ahead to 2023, we’re excited to expand the anthology series to broaden our focus on characters and families, giving our writers, editors, and readers more stories and more characters in the grand tradition of Marvel’s Voices.”

According to Comic Book Movie, “Marvel Voices: Wakanda Forever #1” will feature a teenage version of T’Challa’s grandfather Azzuri, a story revolving around Shuri, a Dora Milaje-centric tale, T’Challa’s own crisis of faith, and the future story of the last ever Black Panther.

The new comic book anthology is released in celebration of Black History Month and will feature five new stories set around our favorite Wakandan superheroes.

In the Marvel Cinematic Universe, there is no confirmation that there will be a Black Panther 3, but the characters of Wakanda are expected to appear in the future of Phase Five and Phase Six, as the Avengers prepare to fight Kang the Conqueror (Jonathan Majors) in Avengers: The Kang Dynasty (2025) and Avengers: Secret Wars (2026).

Will you be picking up “Marvel Voices: Wakanda Forever #1”? Let us know in the comments down below!