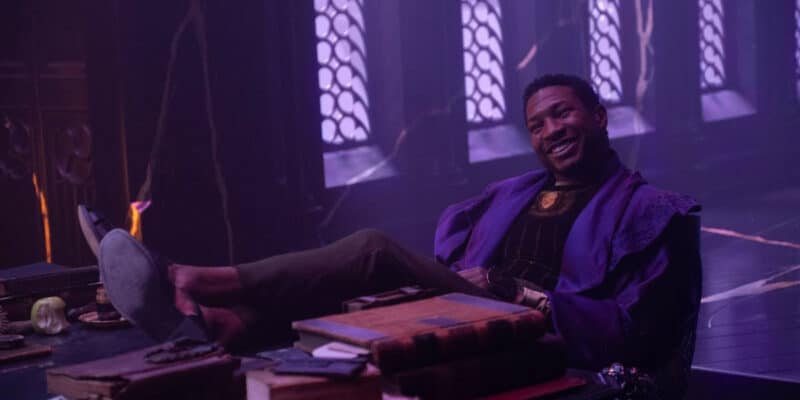 Signing on to be a part of the Marvel Cinematic Universe can be a big commitment. For some actors, like Robert Downey Jr. or Chris Evans, that commitment could last ten years with as many films. For other actors, like Christian Bale, the storyline could last one movie like Thor: Love and Thunder (2022). For still others, it could be a surprise return, like Corey Stoll returning from Ant-Man (2015) for Ant-Man and The Wasp: Quantumania (2023).

For movies that are years, or even, in some cases, a decade out, it’s not surprising that Marvel Studios doesn’t give the actor all the details about their character upfront. Don Cheadle revealed that he was given a call about being James Rhodes/War Machine and was only told the length of the deal, not necessarily where his character would go. On top of that, he was given two hours to decide whether he would accept the offer.

Then there are cases like Alan Rickman in the Harry Potter franchise. Before his tragic and untimely passing, the actor revealed that, while not everyone knew, author JK Rowling revealed to him Snape’s (Alan Rickman) arc from day one so that it would better inform his performance. Impressively, the actor kept the secret for over a decade, from the first film’s release to the last.

It does seem like it would help an actor’s characterization, especially of a villain, to know where they’re bound in the overarching story, but it seems that may not be the case with the next phase of the Marvel Cinematic Universe. A recent interview with Fandango covered Jonathan Majors’ new villain, Kang the Conqueror, and his future as a villain in the franchise.

During the interview, Majors was asked if he’d been given the whole story, seeing as how there’s an upcoming film, Avengers: The Kang Dynasty (2025), with his name on it. The answer was a little surprising. Majors responded by saying:

“I get it piecemeal, you know. The initial call and explaining the character: there’s so much promise in the role. You know, there’s so much promise in the overarching company of the MCU. So that, in and of itself, is like, “Okay, let’s roll, let’s do this,” you know? And that’s the promise… there’s an epic promise of…you know, you’re ‘Kanging’ it.”

While it seems from Majors’ response that he’s unaware of where Kang (Majors) will be headed after Quantumania, the promise of being a part of the Marvel Cinematic Universe, and acting alongside great talents like Paul Rudd, Evangeline Lilly, and Kathryn Newton is enough to go on. Whatever happens, fans can be excited to see Majors’ Kanging it’ for a few more years to come!

Ant-Man and the Wasp: Quantumania releases in theaters on February 17, 2023. The film stars Paul Rudd as Scott Lang/Ant-Man, Evangeline Lilly as Hope van Dyne/The Wasp, Kathryn Newton as Cassie Lang, Jonathan Majors as Kang the Conqueror, Michelle Pfeiffer as Janet van Dyne, and Michael Douglas as Hank Pym. Quantumania will pit Scott (Rudd) against one of the most formidable Marvel villains at the beginning of a “new Dynasty.”

What do you think the future holds for Kang the Conqueror? Let us know in the comments below!