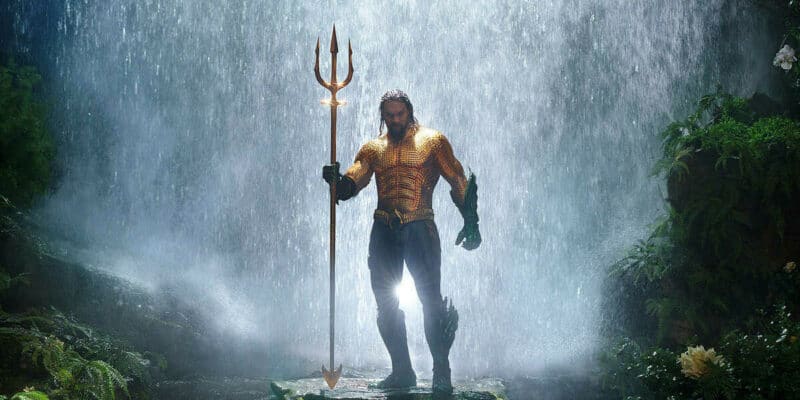 Amidst DC upheaval, Jason Momoa got some great news!

With the new leadership provided by James Gunn and Peter Safran at DC Studios, it’s difficult to predict what will happen. Much has already been said about Henry Cavill exiting the DC Universe, as well as Dwayne Johnson’s short-lived Black Adam (2022). Still, while fans wait for the much-ballyhooed news from James Gunn coming sometime this month, there are still a few things that could stand clearing up!

One example is the future of Gal Godot’s Wonder Woman. After Patty Jenkins confirmed that she was not able to meet eye-to-eye with the studio on the third installment in the franchise, the news more or less dried up. Several questions still remain: will there be another sequel to Wonder Woman (2017) and Wonder Woman: 1984 (2020), just under another director? If there is or is not a sequel, will audiences still see Gal Godot in the role, as has been rumored for The Flash (2023)?

Another such question surrounds Jason Momoa and Aquaman in the DC Universe. The character has appeared alongside Cavill’s Superman, but he also has another solo movie coming this year: Aquaman and the Lost Kingdom (2023). Does the fact that he has a movie coming mean anything? Or will the current slate of DC movies be one-off films before they are canceled?

While fans still have yet to receive an official word from DC Studios on the former, Jason Momoa just gave audiences a massive update for his future in the DC Universe! In an elated video shared on his Instagram, the star informed fans how he had just had a meeting with DC leadership and poured out praise, love, and thanks to James Gunn, Peter Safran, and David Zaslav. Gunn responded in typical rapid, albeit cryptic style:

Never a dull moment with Jason.

Never a dull moment with Jason.

While Momoa says in the video that he cannot share any more details with fans at the current time, there are a few theories buzzing around, and this video has only added fuel to the flame! While the prevailing thought is that Momoa’s Aquaman will get more screen time and more sequels, there’s a rumor going around that the star will remain in the DC Universe as a different character!

The speculation is that Momoa is so excited because he may well be taking on the role of Lobo – an intergalactic alien bounty hunter from 1980s DC Comics. The actor certainly fits the look, and bringing a popular character like that to the big screen with DC studios could help revitalize the franchise. Regardless of what the news is, Jason Momoa is thrilled about it!

What news do you think Momoa received? Let us know in the comments below!