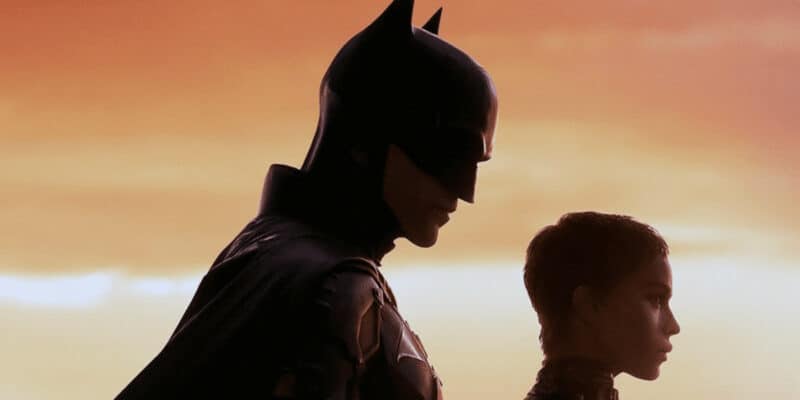 It looks like Matt Reeves’ The Batman (2022) will be a more expansive entry into DC than initially expected!

There was certainly some trepidation when news of The Batman first came about. Robert Pattinson as Batman? The same guy from those vampire movies? And what about Ben Affleck? Was that really Colin Ferrell as The Penguin? It looked more like Richard Kind! Those fears were summarily turned on their heads when the film hit theaters last year, and now fans may be getting even more than initially expected!

The Batman follows a different Bruce Wayne (Pattinson) than audiences have seen before. One that, while he’s been on the job in Gotham City for two years, is struggling with his own role as a vigilante, with his family legacy, and the emergence of The Riddler (Paul Dano). Combined with stunning cinematography, chilling music, and outstanding performances, The Batman made a worthy successor to the Christopher Nolan and Christian Bale’s Dark Knight Trilogy.

However, when James Gunn and Peter Safran took the helm of DC Studios last year and began making changes, no one was quite sure what the future of the franchise would be. Despite assurances that Matt Reeves’ franchise would continue, it was anyone’s guess! After all, Henry Cavill assured fans he would continue on as Superman just before he was let go. In addition to those assurances, fans now have two critical updates from Reeves himself on the future of The Batman.

The first update was a very promising tidbit from an interview the director did with Collider’s Steven Weintraub. During the interview, Reeves said he wouldn’t disclose if he were working on a film this year or not, but he did tease that he and Mattson Tomlin, who helped him write the first Batman, were at it again:

As if that wasn’t exciting enough, the Collider provided yet another tantalizing update. According to the site, director Matt Reeves will be meeting with James Gunn and Peter Safran soon to discuss the expansion of The Batman franchise, including a sequel Batman movie, and The Penguin series that will begin production this year:

“They [Gunn and Safran] have been great. […] We’re actually supposed to meet in the next few weeks because they want to talk to me about the broad plan, and then they want to hear the BatVerse plan. We’re just getting together to talk about all of that. Look, I’m excited to hear what they’re going to do. The BatVerse thing, as James has said, and as Peter has said, is kind of its own thing they’re letting us do.”

Incidentally, this also clears up the rumors that Robert Pattinson’s Batman or “Battinson” would be taking over for Ben Affleck’s “Batfleck” in the DC Universe. According to Reeves, his iteration of the character will be continuing, just on its own track, parallel to the DC Universe. With the way that DC plans to explore their Multiverse, could a DC film crossover be in the future?

What do you think about these Batman updates? Let us know in the comments below!