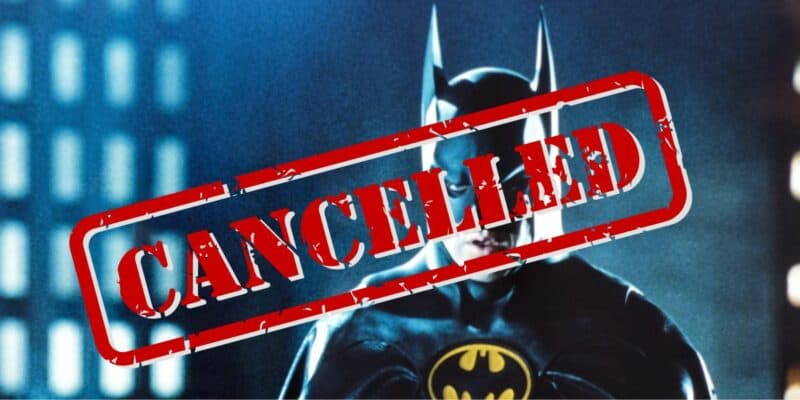 It seems Michael Keaton’s comeback to the cowl will be short-lived.

Tim Burton’s classic Batman (1989) changed the hero forever. Gone were the campy days of Adam West and Burt Ward, the silly villains like Caesar Romero’s Joker, or the giant POW/BANG titles during fights. Burton’s iteration was dark, both literally and figuratively. Both Bruce Wayne and Batman (Michael Keaton) was quite, brooding, off-putting, and on a mission of justice. The Joker (Jack Nicholson) was certifiably insane, using silly gags, and gaffs in horrendous ways, poisoning and disfiguring at a whim. It truly was the first film adaptation that understood the moniker ‘Dark Knight’.

The success of this film, led to not only various sequels, but perhaps one of the most cherished and most successful Batman adaptations in Batman: The Animated Series. This new take on the character brought back the traditional design from the comics, but, drew heavy inspiration from the 1989 film, even using the same composer, Danny Elfman for their main themes.

The Animated Series even was the source of much of the popular mythos for the Batman universe, and was the first appearance of the very popular villain, Harley Quinn (Arleen Sorkin). Uniting these elements with outstanding voice acting from the late-great Kevin Conroy, and Mark Hamill, the series has become a favorite among Batman fans, and even spurred it’s own, in-universe spinoff: Batman Beyond.

Batman Beyond followed the adventures of a young Terry McGinnis (Will Friedle), a new Batman/protégé of an aged, and semi-retired Bruce Wayne (Conroy). The two continue to fight crime in a futuristic Gotham city, encountering new villains, and familiar enemies, utilizing the classic Batman arsenal of detective work and futuristic gadgets.

The series gained steam amongst fans, and even since it’s end in the early 2000’s, there have been rumblings of a live action Batman movie of this era. It seemed, for just a moment, that audiences might just get that adaptation after Justice League (2017).  It was reported not long after that not only was Keaton returning to his role as Batman, but, that he was to get his own solo film again too.

Unfortunately, it seems this is not to be. According to insider Jeff Sneider, as reported by The Hot Mic and The Direct, the recent upheaval in the DC Extended Universe has claimed yet another victim. With the installation of James Gunn and Peter Safran as the head of DC Studios, many projects have either been changed, or fallen by the wayside completely, for one reason or another.

According to Sneider, this Michael Keaton Batman film would not only have been a live action Batman Beyond adaptation, but, it has now been cancelled by the new studio heads. What seems even more strange is that the film in which Keaton is set to cameo as the caped crusader, The Flash (2023) despite it’s many setbacks, is still scheduled to move forward. With all the rumors flying around about the DC Extended Universe, it’s hard to be sure about anything, but, one thing can be said for certain: there is a lot that is going to change in the next few weeks and months, for better or for worse.

What do you think about the changes within DC studios? Let us know in the comments below!