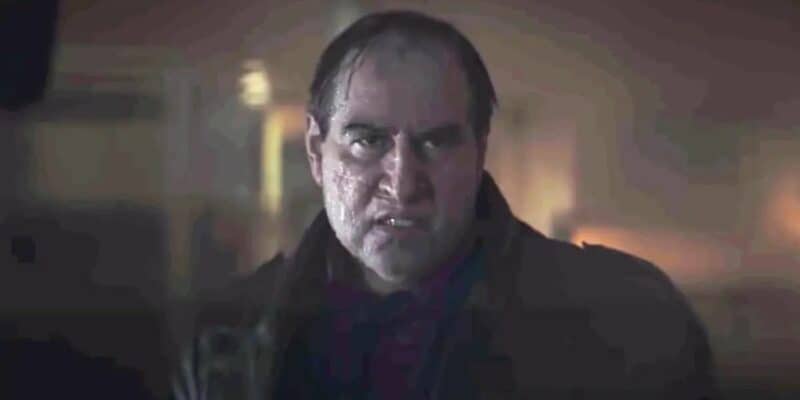 The Batman (2022) star Colin Farrell hints at big things to come in the upcoming series!

In the world of film, the most significant rule is “show, don’t tell.” Basically, this means, when possible, the filmmakers should show the audience what they should know instead of telling them. In this way, and many others, Matt Reeves’ The Batman was a cinematic triumph. A visually stunning tribute to the Caped Crusader, audiences could tell how much time and effort went into this production.

Matt Reeves took some risks, but no risk, no reward. The last time audiences had seen a live-action interpretation of The Riddler in a feature film was Batman Forever (1995). A departure from the darker tones of Tim Burtons Batman (1989), Batman Forever played a lot more things for laughs. The performance of Jim Carrey’s Edward Nigma/Riddler can only be characterized as zany, which certainly fit the genre of that film, but would feel extremely out of place in Matt Reeves’ The Batman.

On the other hand, the last time audiences had seen The Penguin was in Batman Returns (1992). A very stylized rendition of the character, drawing from Tim Burton’s personal aesthetic, as well as the DC comic, this Penguin (Danny DeVito), while dark, was campy enough that it’s difficult for modern audiences to take the interpretation seriously.

This may be why when it was revealed that The Batman was going to have both the Penguin (Colin Farrell) and The Riddler (Paul Dano), audiences were a little hesitant. Those fears were immediately put to rest upon viewing the 2022 film. Robert Pattinson’s Bruce Wayne/Batman met up with Zoë Kravitz’s Selina Kyle, combating some terrifying, realistic, and evil forces plaguing Gotham City. One such force? Colin Farrell’s Oswald “Oz” Cobblepot/Penguin.

In a completely transformative role, Farrell made the over-the-top character believable and terrifying in a much different way than had ever been seen before. Farrell’s Cobblepot was a crime boss: not as in charge as others, but still able to pull strings, blackmail victims, and run his corner of Gotham with an Iron fist. What’s more, instead of being overtly hostile to Batman (Pattinson) on their first meeting, he was creepily cordial. All of this made for an extremely engaging villain that fans want to see more of.

And they will! A spinoff series focusing on The Penguin (Farrell) is already in the works and will be in production soon. In a recent interaction with Variety, Farrell was asked about the series, its origin, and if he knew, when he took the role, that the character would be getting his own series. The actor responded:

“The only thing I had an idea was that I wasn’t nearly getting to explore the character as much as I wanted to,” Farrell said on the red carpet. “Because there was all this extraordinary work done by [makeup artists] Mike Marino and Mike Fontaine and his team, and I just thought it was the tip of the iceberg, pardon the pun, that we were getting to do the six or seven scenes that we did in the film. I was grateful for them, but I wanted more.”

Farrell also revealed that the series will begin production next month, meaning the actor will be busy in 2022. He also credited makeup artist Mike Marino’s work for being a driving force behind the project. It’s easy to see why: the stunning work done by Marino on The Batman made Farrell almost unrecognizable!

Little is known about The Penguin series at this point, beyond Farrell’s return, as well as the casting of Cristin Milioti as Sofia Falcone, the daughter of Carmine Falcone (John Turturro). The series is believed to take place soon after the events of The Batman, as Cobblepot (Farrell) looks to fill the power vacuum after Falcone’s (Turturro) death.

What do you hope to see in The Penguin series? Let us know in the comments below!