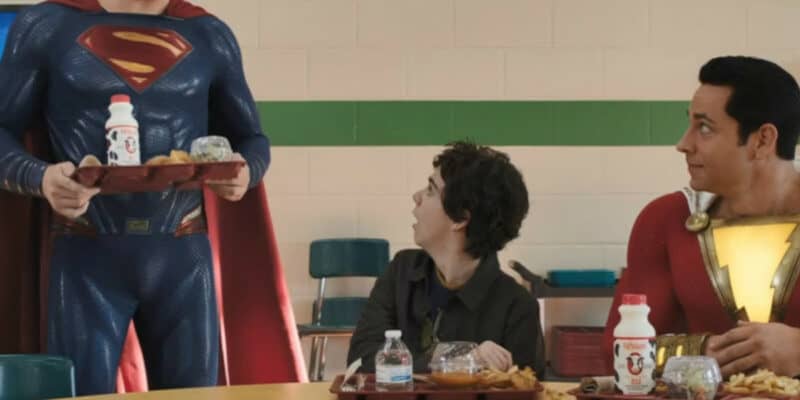 The Director and co-CEO of DC Studios answered some Superman questions this week.

As directors and CEOs go, there has been perhaps no one more responsive on Twitter as James Gunn. As he and Peter Safran stepped into their roles at DC studios and began making changes, he has been quick to respond to rumors, and slander, clearing up misconceptions and offering just enough truth to clarify and not give things away. Gunn took to Twitter just yesterday to quash yet another popular rumor.

Since the beginning of his tenure, Gunn has wielded Twitter effectively. Much of the news about DC Studios and the changes happening there have come from his responses to viral theories or speculation that people are convinced is real. Through his updates, fans learned that The Green Lantern series still has the ‘green light’ (pun intended), that much of the DC Universe will be rebooted, and that Superman is one of the studio’s biggest priorities.

Gunn made that clear in a recent tweet, in which he responded to a viral Superman rumor concerning who would be filling the role following Cavill’s dismissal. Fans of the DC Universe will remember that following his cameo in Black Adam (2022), Henry Cavill posted to his social media announcing his return to the role. However, this was short-lived, and Cavill returned to social media, clarifying that DC leadership had told him he was through.

This, of course, set the internet ablaze for several reasons, with many campaigning for Cavill’s return and others trying to speculate as to who would be a worthy successor. One casting choice that gained traction was Australian actor Jacob Elordi of Euphoria fame; one Twitter account even tagged James Gunn with said rumor, asking if it was true. This was the tweet that elicited the CEO’s response.

My thoughts are no one has been cast as Superman yet. Casting, as is almost always the case with me, will happen after the script is finished or close to finished, and it isn’t. We’ll announce a few things in not too long, but the casting of Superman won’t be one of them. 🧜‍♂️

My thoughts are no one has been cast as Superman yet. Casting, as is almost always the case with me, will happen after the script is finished or close to finished, and it isn’t. We’ll announce a few things in not too long, but the casting of Superman won’t be one of them. 🧜‍♂️ https://t.co/2SGWV2RSI7

Whether inadvertently or purposefully, this response also reveals that the rebooted Superman likely isn’t the secret project Gunn has been working on and that, despite the character being a priority for the studio, he won’t be making a comeback anytime during the first stages of Gunn and Safran’s DC Universe.

Gunn also reaffirmed that announcements concerning the new DC Universe would be forthcoming shortly and finished off with a merman emoji: a possible nod to Aquaman (Jason Momoa)? Until the announcement from DC Studios, fans will just have to look forward to the confirmed 2023 slate: Shazam! Fury of the Gods (2023), The Flash (2023), Blue Beetle (2023,) and Aquaman and the Lost Kingdom (2023).

Who do you think would be the best replacement for Superman? Let us know in the comments below!