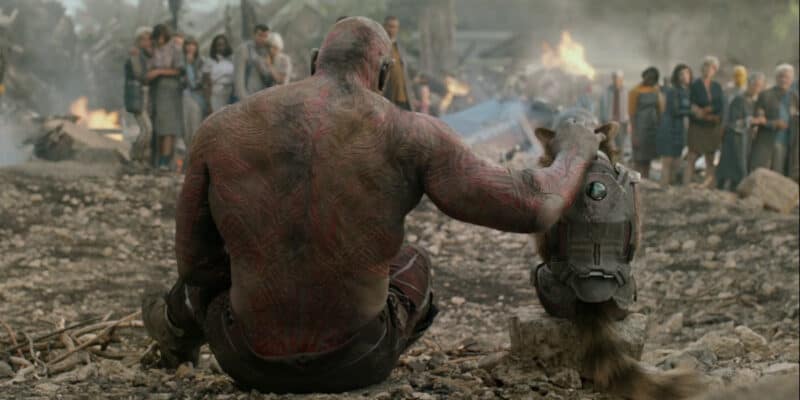 After the debut of the trailer for Guardians of the Galaxy: Vol. 3 (2023), fans across the world began speculating as to the end of an era. Director James Gunn confirmed that this would be the last installment in the Guardians saga that began with Guardians of the Galaxy (2014). The trailer itself had some very final tones to it, despite the trademark humor of the franchise, and most fans are concerned.

This off-the-wall team has worked their way into the hearts of Marvel fans since their debut in 2014. Offering a much-needed tone shift from the Marvel Cinematic Universe of the time,  this rag-tag group starring Chris Pratt as Peter Quill/Star-Lord, Zoe Saldana as Gamora, Bradley Cooper as Rocket Raccoon, Dave Bautista as Drax and Vin Diesel as Groot were oddly relatable. Despite their odd appearances and coming from different parts of the galaxy, they were all imperfect: human.

More heroes were eventually added to the roster, and like their predecessors, they, too, were sympathetic and relatable. Both Nebula (Karen Gillan) and Mantis (Pom Klementieff) added both humor and drama to the team in different ways. Over the years, the Guardians have saved the galaxy multiple times and put it in jeopardy a fair amount as well, dealing with some of the most formidable foes in the Marvel Cinematic Universe. This next threat, however, may prove their undoing.

The trailer for the next film in their saga had a much different tone from those that came before. It was much more serious, darker, and tragic. A wounded Rocket (Cooper) says, “We’ll all fly away together…one last time”, as title screens flash by saying, “It’s time to face the music.” Add on top of that statements from Cooper, Bautista, and others hinting at their imminent exit, and it’s easy to see why audiences are worried about the team and who will and will not survive.

Now, James Gunn has confirmed those feelings. The Direct reported an interaction between Gunn and a fan who responded to his posting a poster for the upcoming film on his Instagram. The fan in question said that, while this may be the last chapter in the Guardians franchise, audiences were likely to see them as side characters in other films, like Thor: Love and Thunder (2022). Gunn’s response was brief but left little doubt:

“not all of them”

While this doesn’t address who won’t be returning, it does confirm that some members of the team won’t be coming back to the MCU. This marks another “end of an era,” as James Gunn said. Marvel Studios has already bid farewell to beloved characters like Tony Stark/Iron Man (Robert Downey Jr.) and Steve Rogers/Captain America (Chris Evans). Audiences can only wait and hope that whoever leaves the team is given the same care and treatment as their predecessors who exited the Marvel Cinematic Universe in Avengers: Endgame (2019).

Related: A Battle Is Brewing For ‘Guardians of the Galaxy 3’

Guardians of the Galaxy: Vol. 3 comes to theaters May 5, 2023, and stars Chris Pratt, Zoe Saldana, Dave Bautista, Bradley Cooper, Pom Klementieff, and Karen Gillan, and introduces Will Poulter as Adam Warlock. The last installment in the franchise will see the group tested to their limits as they fight to save the galaxy one last time.

Who do you think will survive this last chapter in Guardians? Let us know in the comments below!