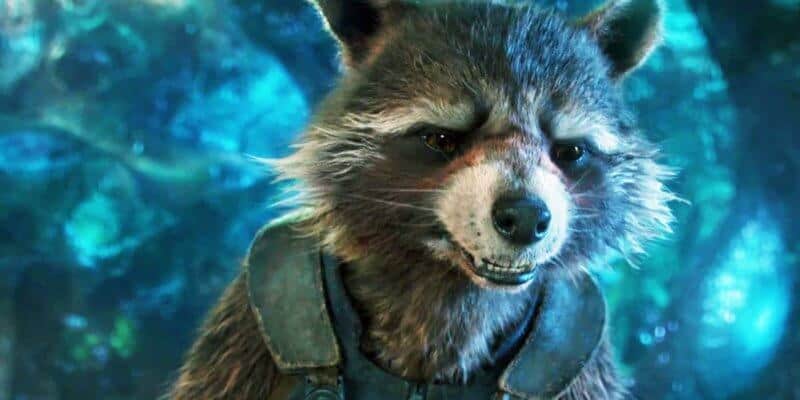 The new trailer for Guardians of the Galaxy Vol. 3 is setting the film up to be an emotional event that not everyone will survive. While Rocket Raccoon is supposedly exiting the team, it might not be the last time fans see him, and there might be a chance at his return.

Rocket has seen, done, and gotten away with a lot during his tenure with the Guardians, but if any of what James Gunn has said is to be believed, this might be the last time we see the team all together. Add that to Bradley Cooper’s interest in leaving the role, and the trash panda’s future with Marvel becomes more and more uncertain. However, he’s far too popular to just be axed off like a common sidekick. If the fans have their way, he won’t be going anywhere. Plus, anyone familiar with Rocket’s comic exploits knows that this roguish ringtail never stays down for very long. He might forever be known as the weapons expert and brains behind the team, Rocket isn’t bound to just one group of outlaws.

James Gunn has said this film will be Rocket’s sendoff, but there’s still plenty of evidence that shows he’s far from down and out, even in the intensely emotional trailer. He might not be back with the Guardians, but Rocket has had more than a few solo adventures that are just as exciting, and the trailer already presents a few nods in that direction.

Related: ‘Guardians of the Galaxy Vol. 3’ Might End With These Character Deaths

For example, the military-inspired uniforms (possibly given to the team by the Nova Corps) are pulled directly from the comics, and could even be a nod to Rocket’s time as a member. Not only that, this might not be the first time he’s dealt with someone like the High Evolutionary. However, the augmented otter seen in the trailer is pointing in a direction that could be good or bad for the cunning raccoon.

Lylla is a fellow creature of Halfworld and Rocket’s love interest in the comics, particularly in his Guardian of the Keystone Quadrant run. The character was referenced in the first film very briefly, but she hasn’t seen much screen time apart from the Telltale video game. Should the studio follow the plot laid out in that iteration, Rocket is going to be set up for the worst heartbreak imaginable, as she helps drive his tragic origin story. However, if they go to comic book route, we might see him get a happy ending with the love of his life (which did happen in a solo run). It’s a long shot, but after seeing how much Rocket has suffered and struggled over the course of the MCU, along with Gunn’s love for the character, who says he can’t get that happily ever after?

The Rocket fans know might be departing from the MCU, but that doesn’t mean he’s gone for good. There’s still several spinoff series like What If…, and Bradley Cooper isn’t the only actor cut out to play the role. Alex Weiner certainly did an excellent job in the video game incarnation, who’s to say he can’t reprise the part? No matter what happens, no one is ever really gone when it comes to superhero movies.

Do you think Rocket will be back? Tell us in the comments below!