Rocket Raccoon Will Survive, But He Will Suffer For It - Inside the Magic 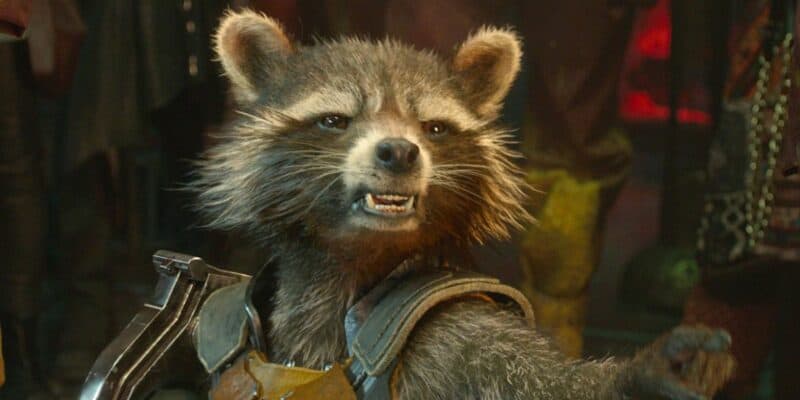 In such a short amount of time, the new trailer for Guardians of the Galaxy: Vol. 3 revealed a whole lot more than a few short minutes might contain. Talks of members of the team shedding their mortal coil have been circulating, but one popular speculation could be written off as false.

There have been recent debates over the deaths of certain Guardians of the Galaxy members, but Rocket has had a target above his furry little head for more than a few thousand units. This is only reiterated by James Gunn’s recent statements about closing the chapter on the team and giving the beloved trash panda a proper send-off before “finishing his story. That all being said, it would serve Disney and the MCU a whole lot better if Rocket were left alive, especially considering how much the poor guy has been through in both the movies and the comics.

Related: Guardians of the Galaxy’ Star Spotted at Disney World

In the MCU thus far, Rocket has been “ripped apart and put back together,” been exposed to the Power Stone, fought Ego the Living Planet, and got to witness the only family he has ever known and loved be turned into cosmic ash at the snap of Thanos’ fingers. Even without his tragic mutated backstory taken into consideration, Rocket has undeniably suffered more than any of the rest of the Guardians. So, why will he survive this final chapter?

Comic book fans might be able to speculate that the images of Rocket “dying” are likely in a flashback, as they could be of his time on Halfworld, the planet where he was created. Seeing as how the High Evolutionary is to be the film’s primary antagonist, Rocket might have some dealings or a score to settle with the gene-splicing madman. The smoking gun of this theory lies with the appearance of an anthropomorphic otter in the trailer. Anyone familiar with Rocket’s origins and adventures will immediately recognize her as Lylla. Perhaps most recognizable from Telltale’s Guardians of the Galaxy game, the MCU might be incorporating Rocket’s tragic romance with his fellow Halfworlder from that story arc in this new film, which will undoubtedly result in one of the most heartbreaking story arcs since the death of Tony Stark.

Death is very much still on the table at this point in the game. Rocket did eventually die during the Secret Wars run (along with most of the Multiverse), and was supposedly planned to die in Faithless by Donny Cates, as his augmented body deteriorated and he was forced to undergo an excruciating and graphic experimental treatment to save him. However, his fanbase seems to keep him coming back for more, as he has had several adventures and comic runs outside his tenure with the Guardians. James Gunn has said that this would be the last time fans see this version of the team, but it might not be the last time Rocket is seen.

When all that’s said and done, Rocket Raccoon is a survivor.  There is still a good possibility that Rocket will make it out alive, but he won’t be a member of the Guardians of the Galaxy anymore and he definitely won’t be the same character fans know. James Gunn could very easily have Rocket have one last blaze of glory before starting with his beloved Lylla as he did in one of his solo runs, but he could also still be traumatized and broken as seen in Faithless. Given the director’s admiration and affection for the character, maybe Rocket will still live to ride another day.

Do you think Rocket will survive Guardians 3? Tell us in the comments below!

Comments Off on Rocket Raccoon Will Survive, But He Will Suffer For It