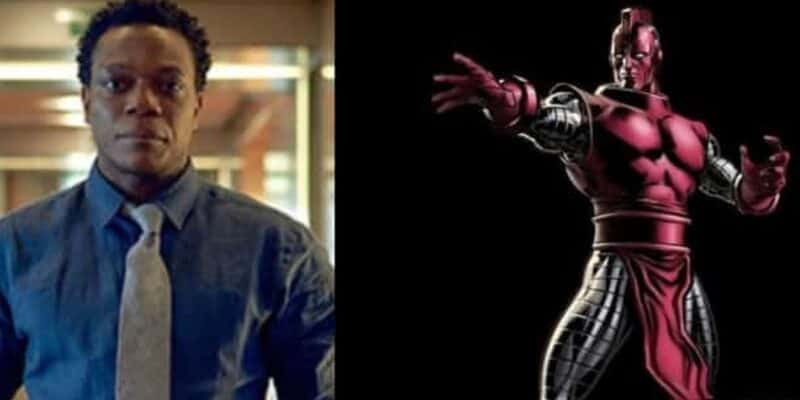 Guardians of the Galaxy: Vol. 3 is set to premiere in May of 2023, and fans can’t wait to be reunited to Marvel’s favorite band of intergalactic outlaws. However, Star-Lord, Rocket, Groot, and all the rest aren’t the only entities coming to the big screen this summer. They’ve fought Ronan, Ego, and Thanos, but now the Guardians must contend with a new and more insidious foe.

Chukwudi Iwuji is set to portray the High Evolutionary, an evil alien scientist with a penchant for genetic mutations and experimentation, particularly on animals. While this is definitely hinting at a very traumatic time for Rocket Raccoon, the deadly deeds of the character are much darker and more disturbing than anything the Guardians have faced before. While his brain might be one of the most highly evolved minds in the multiverse, his methods, musings, and processes could rival those of the Nazi eugenicists who rumbled with Captain America on Earth.

The High Evolutionary has experimented on several different Marvel characters during his runs in the comics, including Scarlet Witch, Spider Woman, and Quicksilver, but due to his history creating anthropomorphic animal hybrids, it can be inferred that he will have some incredibly traumatic in connection to Rocket Raccoon. It’s highly likely that could be the one who, as Rocket described, tore him apart and put him back together over and over, “like some little monster.” Comic readers already know that this is just the tip of the iceberg when it comes to what lines this being is willing to cross.

From performing living autopsies to experimenting on literal babies, the High Evolutionary is definitely a villain who truly pushes the boundaries when it comes to acts of evil. He’s not the average bad-guy-of-the-week some fans might be expecting, and that will assuredly have an effect on the movie’s tone. Anything involving the character is bound to include scenes of medical torture, mutated abominations, and dark acts of science that will keep even seasoned Marvel viewers up at night.

Simply put, the High Evolutionary is what would happen if Dr. Frankenstein were given unlimited knowledge and an unquenchable desire to play God with every biological life-form in the galaxy. Where Ronan was an over-kill edge lord and Thanos was a genocidal titan, the High Evolutionary is a dark and disturbing creation from Marvel comics that will definitely change the course of the Guardians’ franchise. Although little is known about his nefarious plan, it will undoubtedly be an unsettling affair if the comics are to be believed.

Are you ready to face the High Evolutionary in Guardians Vol. 3? Tell us in the comments below!