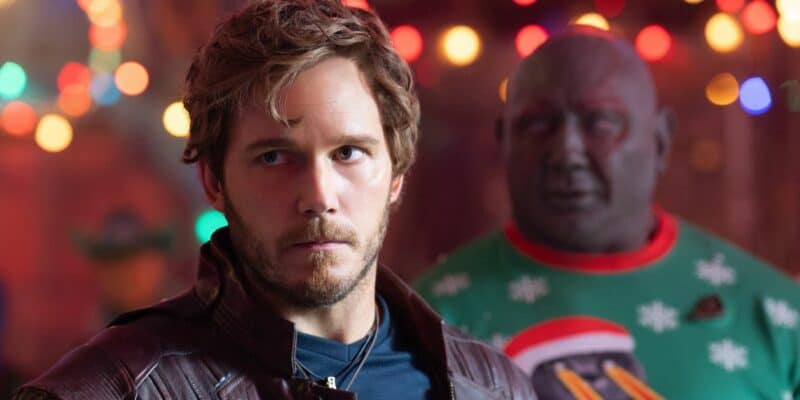 The new trailer for the upcoming Guardians of the Galaxy Vol. 3 reveals a lot of high expectations for the final chapter of the team’s arc in the MCU. However, the trailer also briefly introduces a new character that has a tremendous role to play in the Marvel Multiverse. Casual fans might see Will Poulter clad in golden makeup, but comic readers will recognize one of the most powerful entities in the galaxy.

While some fans were banking on actors like Zac Efron or even Keanu Reeves to assume the golden mantel of Adam Warlock, Will Poulter is set to portray this new player in the MCU, and the Guardians of the Galaxy could have a powerful ally or a deadly enemy on the way. Shown extremely briefly in the trailer, Adam Warlock was teased in the post-credits scene of Vol. 2, but dedicated Marvel fans have been waiting since Infinity War to see the character break free. Finally making his grand entrance nearly five years later, the genetically engineered cosmic being could be a game-breaking addition to the Guardians’ saga.

Related: ‘Guardians of the Galaxy’ Franchise Could Be Completely Changed

Fans have been expecting Warlock’s appearance for years, given his pivotal role in the Infinity Gauntlet storyline that inspired the biggest event in the MCU. Now that Thanos is out of the picture, how will the character be utilized to service a Guardians-focused plot? The answer, by simply being one of the most powerful characters in the MCU. Needless to say, it’ll take more than a dance battle with Peter Quill to even leave a scratch on his armor.

Adam Warlock was created by the Enclave to be their perfect being, fueled and conceived through an Infinity Stone. Rebelling against the scientists who made him, Warlock fled to the depths of space and grew to become one of the most powerful beings in the universe. While there are many plot points soon to be at work, Warlock is an immortal being that could wreck the universe as the Guardians know it if he so desired. Chances are extremely high that he will be one of the new film’s main focuses based on his comics reputation alone.

Although very little is known about the character’s movie counterpart at this time, those familiar with Warlock in the comics know that he is an absolute powerhouse of cosmic energy, literally being the embodiment of the Soul Gem/Soul Stone. Having played both sides of the line between good and evil, he’s nothing if not flexible, and his appearance could introduce one of the most complex and interesting characters to the MCU.

Whether he remains the noble Warlock or makes the shift to his evil alter ego, the Magus, his debut is going to open a lot of doors for future movies, even without the Guardians. That being said, his presence alone suggests a key plot element in this final chapter. Warlock has a history with the team and often fighting along side them, but he also becomes one of the most feared villains in the Guardians of the Galaxy comics. He might be enacting the Enclave’s revenge on Peter Quill, but he also might be the difference between victory or defeat over the High Evolutionary. Either way, his introduction is going to change the tide of the film.

Are you excited for Adam Warlock? Tell us in the comments below!