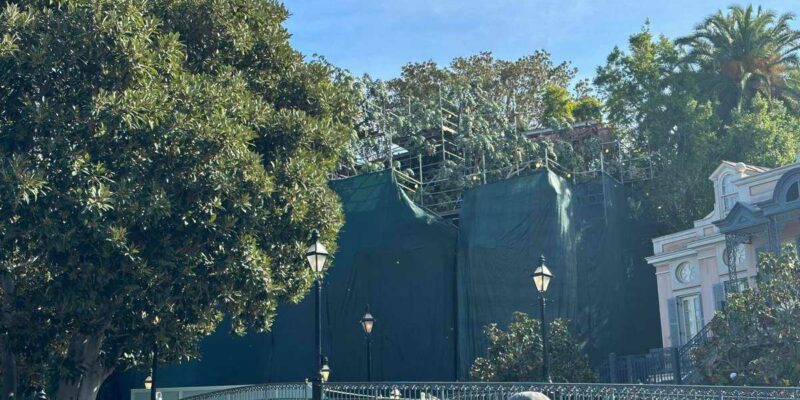 One of Disneyland Resort’s attractions is indefinitely closed and recent images reveal it is far from reopening with its new retheme.

Dubbed The Happiest Place On Earth, Disneyland Park joins Disney California Adventure Park, the Downtown Disney District, and a handful of hotels including the Disneyland Hotel and Disney’s Grand California Hotel & Spa, to make up Disneyland Resort. The Anaheim-based Disneyland Park is where Walt’s Disney Park dream began, and for almost 70 years, fans have been entertained by that unique magic only the House of Mouse can employ.

Sure, in recent years, Disney Parks across the board have been hit with criticism concerning the direction of its business, but many hope that the newly reinstated CEO of The Walt Disney Company, Bob Iger, can right some of the (supposed) wrongs that former Chief, Bob Chapek, installed for the Parks division.

Despite the backlash, Disney Parks, including Disneyland Resort in Southern California, are seemingly busier than ever with maxed-out Park Pass reservations and sold-out Disney Genie+ and Individual Lightning Lane options.

For Disney Genie+, Disney Parks in the United States utilize a paid-for “FastPass”-style service that allows Guests visiting any Disney Park the opportunity to get quick access to their favorite attractions. At Disneyland Resort’s Disneyland Park, these include options like Space Mountain, Splash Mountain, Big Thunder Mountain Railroad, Haunted Mansion, Millennium Falcon: Smuggler’s Run, and Indiana Jones Adventure. While over at Disney California Adventure Park, Guardians of the Galaxy — Mission: BREAKOUT! in Avengers Campus and Incredicoaster on Pixar Pier can be selected.

While the fluctuating cost of Disney Genie+ is often worth the price, considering the usually long lines for popular thrill attractions, it’s worth checking if all rides are open before dropping the cash on the blue genie. Currently, at Disneyland Park, Indiana Jones Adventure is closed for refurbishment indefinitely. The official Disneyland Resort website states that from January 9, the attraction will be shuttered, with an expected opening date of sometime in Spring 2023.

And that’s not the only attraction currently closed in Adventureland, in fact, this experience has been undergoing construction since late 2021. Tarzan’s Treehouse paid homage to the 1999 Disney Animation Studios movie, Tarzan, and allowed Guests to immerse themselves in the treehouse where Tarzan lived with his parents before the savage attack by Sabor.

Since its closure, Disney fans have speculated about what it could become, with some theories suggesting that one of Disney’s latest IPs — Encanto (2021) — could take over the experience. When Disney announced that Tarzan’s Treehouse would be rethemed to an original concept based on the Swiss Family Robinson, many rejoiced that the Mouse House was finally injecting some non-IP driven attractions into the Parks.

Inside the Magic was recently at Disneyland Park, and a visit to Adventureland — just one of the many lands at Disneyland Park which also includes Star Wars: Galaxy’s Edge — showed that the attraction is completely covered in green material and scaffolding, creating a rather large obstruction in the Adventureland skyline. You can see the images below:

It should be noted that attractions closures are common at any Disney Park; with such a large catalog of rides and experiences, it is not unusual for at least a handful of them to be undergoing maintenance during a Guest’s vacation.

As for Tarzan’s Treehouse’s neighboring attraction, Indiana Jones Adventure, the ride finds Guests heading into the “crumbling Temple of the Forbidden Eye” for an experience that is neither slow nor fast, thrilling or gentle, but a mixture of everything. The Indiana Jones franchise continues this year with Harrison Ford returning to play one of his most recognizable roles. Indiana Jones and the Dial of Destiny is set for release on June 30, 2023.

How different do you think the Treehouse will be upon its reopening? Let us know in the comments down below!