Disney Coaster Allegedly In Concerning Condition - Inside the Magic 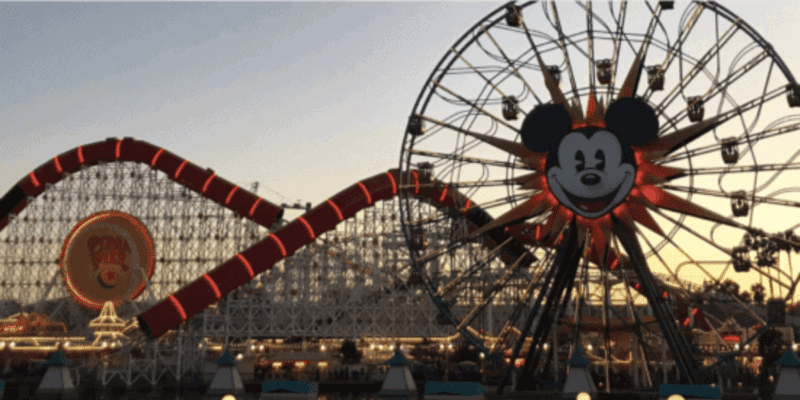 The Incredicoaster is the star of Pixar Pier in Disney California Adventure Park at Disneyland Resort. Formerly California Screamin’, this wooden rollercoaster recently received The Incredibles (2004) treatment to welcome a new generation of Guests!

Unfortunately, the outdoor coaster has struggled to operate in the last few years. With thousands of Guests riding the attraction daily, a few breakdowns are natural. But an unusually high number of Guests have faced terrifying evacuations from The Incredicoaster.

A few observant Guests took to Reddit this week to explain what they’ve witnessed going wrong with the Pixar-inspired rollercoaster. u/MasterpieceWaste23 wrote:

Mind you the actual ride is still fun and I’m fortunate to have ridden it and not get stuck on it… The tracks are rusting and need a new paint job, the preshow video was frozen, and the audio track was glitching out on us. Music wasn’t playing and the dialogue queues were scattered.

When the ride ended for us, while waiting to be brought back to the loading dock, Jack Jack laughed a horrifying laugh. It sounded as though Chernobogs servants had hopped on the ride.

I typically go once a month and was there yesterday, and I encountered everything you’re talking about, but it’s not usually like that, or at least it wasn’t last month. I’d say the rain had a lot to do with it, but I was able to get on twice and only on one ride the audio was glitching in the exact ways you said, other time was fine. I remember because my family kept joking about how ugly the laugh at the end was lol. So I guess it does depend on the row. Pre-show was frozen though. It was stuck on a news reporter but the audio kept playing fine.

Some said issues were likely weather-related and would be fixed when unprecedented rainstorms in Southern California let up. Still, u/1320FastBack recalled experiencing similar issues on a sunny day.

“When we were there in November it was a sunny day and our train at launch had to delay. I think it was for spacing but the audio started counting down and then when it yelled Go nothing happened and then it counted down again 🤣,” they wrote.

Have you noticed any maintenance issues on The Incredicoaster?