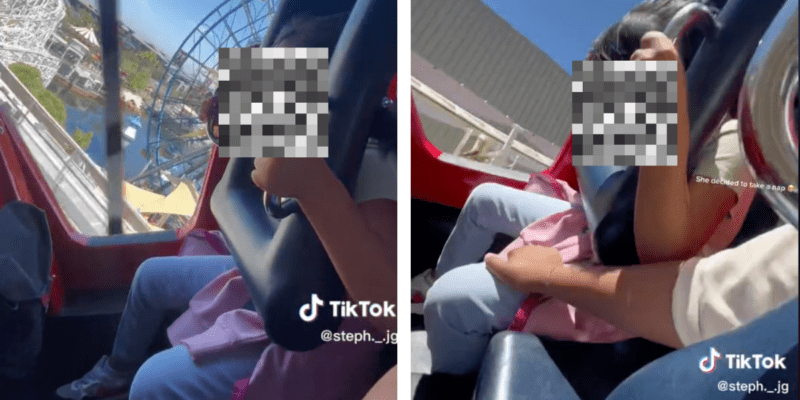 We all remember our first time on a rollercoaster. It’s hard to forget the feeling of that first drop, whether at Disneyland Resort or our local Six Flags!

This week, one young Disney California Adventure Park Guest’s first rollercoaster ride shot her directly into 15 minutes of internet fame. The little girl’s cousin, @stephxni_e, shared a video of her first ride on The Incredicoaster, a wooden rollercoaster located in Pixar Pier:

Took my lil cousin to the Incredicoaster for the first time 😭 ps.she was begging to go on it #incredicoaster #adventurepark #firsttime #fyp #disneytiktok #DoritosTriangleTryout

The video of her first Incredicoaster adventure received over 800,000 views and 200,000 likes. In it, the little girl’s excited face quickly turns to horror as the coaster speeds up.

Though the young Guest’s initial reaction to the Disney Park ride is all-too-familiar to anyone who’s ridden a rollercoaster with children, it quickly takes a turn for the worst as the little girl’s head bobs forward and she blacks out. “She decided to take a nap,” her cousin playfully wrote.

The adult Guest taps the little girl until she wakes up and proclaims that she loved the ride, in spite of it all. Thankfully, her cousin assured viewers that she is okay.

Do you remember your first rollercoaster ride?