Massive Theme Park Shuts Its Doors, Braces For Worst Weather Yet - Inside the Magic 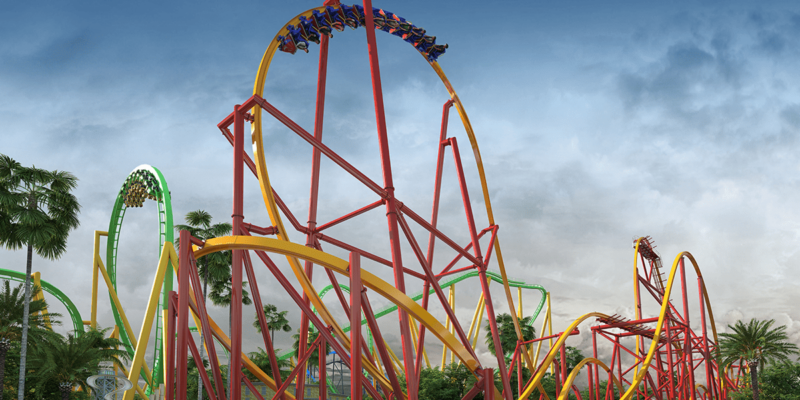 One major California theme park had no choice but to close.

Related: Disney Confirms You’re Not Allowed to Bring These On New Ride

Perhaps the most popular and famous Park in Six Flags’ entire catalog is Magic Mountain, located in Valencia, California.

The Park is home to many great rides and even introduced a new one last Summer called WONDER WOMAN Flight of Courage.

This new coaster takes Guests on a flight through the sky over 3,300 feet of track, towering 13 stories and soaring at speeds up to 58 miles per hour. WONDER WOMAN Flight of Courage is the tallest and longest single-rail coaster on the planet, according to Six Flags, becoming the 20th to open at Magic Mountain.

Unfortunately, no Guests will be able to take flight, as the Park announced it would be closing on January 9, 2023, for the whole day. The closure was announced on Twitter earlier today:

Click the link in our bio for additional park hours and information!

Click the link in our bio for additional park hours and information! pic.twitter.com/86Ok0uI2RW

“Due to inclement weather, Six Flags Magic Mountain will be closed today, Monday, January 9, 2023. Tickets purchased for today will be valid any other regular operating day in 2023.”

The entire state is under watch as some more harsh weather is moving in. According to BBC, at least 12 people have died due to the storms.

Gov. Newsom issued a warning on Sunday that the most brutal weather is yet to come. “We expect to see the worst of it still ahead of us,” Governor Newsom said at a news conference. “Don’t test fate.”

Stay tuned here at Inside the Magic for more updates on this story.