Guests Witness Murder at Disneyland - Inside the Magic 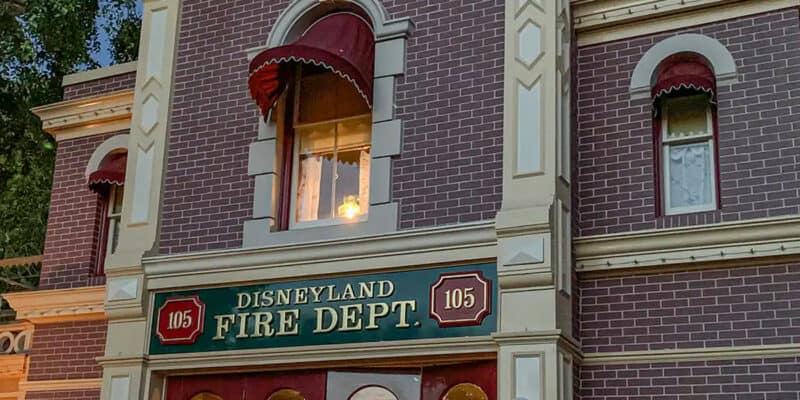 Many Disney Parks fans feel violence is increasing at The Happiest Place on Earth. In response, Disneyland Resort and Walt Disney World Resort updated the “courtesy” section of their rules to explicitly require respectful behavior between Guests.

Related: Documentary to Focus on Crime at Disney Parks, Theft of Buzzy Animatronic

In July, we reported on a brutal brawl in Magic Kingdom at Walt Disney World Resort. Two families reportedly got into a physical fight after one Guest tried to rejoin their family in line for Mickey’s Philharmagic. One man involved in the fight was hospitalized with a facial laceration, while others suffered minor cuts and bruises. Reportedly, personal designer items and phones were damaged in the incident.

On Monday, a Disney Parks fan took to Reddit with photos of a “murder” on Main Street, U.S.A., at Disneyland Resort that made everyone take a second look. It was definitely a murder… just not the violent kind:

A murder of crows on Main St.

A murder of crows on Main St. from Disneyland

A group of crows is called a “murder,” a term primarily based on old folk tales and superstitions. According to PBS, there is a rumor that groups of crows gather to decide the “capital fate of another crow.”

“Crime” at the Disney Parks went viral in September when a report found that when Philadelphia Police were uncertain where crimes took place, they would make the crime report with GPS coordinates pointing to Fantasyland at Magic Kingdom, right behind Cinderella Castle. This practice took place for over a decade.

Of course, no crime occurred here – just an extraordinary gathering of animals documented by an observant Disneyland Park Guest!

Have you ever seen wild animals at Disneyland Park or Disney California Adventure?