Given Recent Violent Incidents, Should Disney Introduce Additional Security Cameras? - Inside the Magic 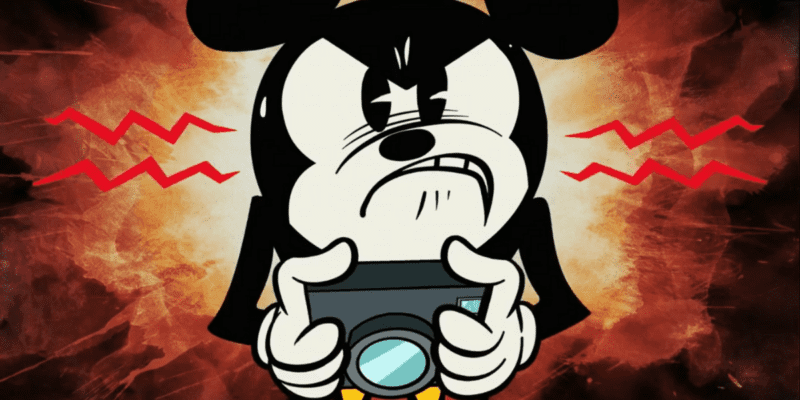 While Disneyland Resort and Walt Disney World Resort are the Happiest and the Most Magical Places on Earth, respectively, both Parks have been the stage of several violent incidents, including brawls and altercations, some of which have resulted in Guests having to be restrained by Park security. These incidents have been on the rise, not only at Disney Parks but at theme parks nationwide, making some wonder if additional security measures should be introduced.

TikTok account @mousetrapnews recently shared a humorous video referencing the latter, jokingly stating that Disneyland and Disney World would add body cameras to all characters, as they have also been the target of attacks at the Parks. While @mousetrapnews’ video is clearly a satire, the idea is not farfetched, as characters being treated poorly could endanger Cast Members and Guests.

You can see the hilarious video below or click here to watch it.

Given that the video was made with a humorous purpose, there are no official plans to bring body cameras to Disney Parks. However, security cameras can already be found throughout Disneyland and Disney World, in stores, dining locations, and even in all attractions, to ensure that Guests comply with theme park rules and guarantee their safety.

Disney World recently added a new security system, consisting of a LiDAR safety rig and sensors, to a popular attraction, making the idea of introducing additional security cameras not too farfetched.

Please note that we do not broadly discuss the specifics of our security procedures to avoid compromising their effectiveness. However, be aware that:

Do you think Disneyland and Disney World should introduce additional cameras or other security measures? What has your recent experience at the Parks been like? Let us know in the comments below!