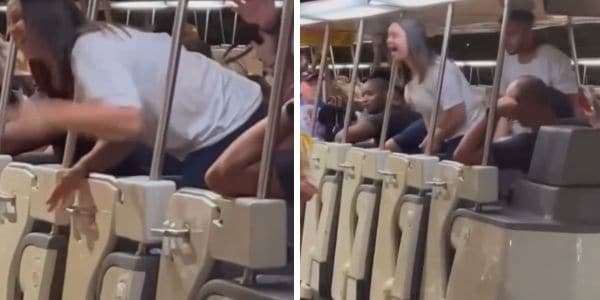 Another fight broke out at the Walt Disney World Resort, with multiple Guest shouting and holding up traffic.

Just a few days ago, we saw a fight break out at the Walt Disney World Resort in Magic Kingdom. The fight involved dozens of Guests, transpiring in the Fantasyland section of the Park.

The videos shared on TikTok, and other platforms sent social media and the news ablaze. The fight was intense and dragged on for minutes.

Related: ‘Full House’ Star Apologizes After Being Called “The Rudest Celebrity Ever”

One of the Guests involved in the fight reportedly received injuries to his face, with EMS responding to the incident as quickly as possible. The man with the facial injury ended up being hospitalized for face lacerations. Others suffered smaller bruises.

The Orange County Sheriff’s Office confirmed the hospitalization, telling Fox News that they arrested three people for misdemeanor battery, as we reported in our story. Recently, another fight broke out at Walt Disney World, with several Guests verbally assaulting each other.

This was shown in a TikTok shared by @disneyworldtoday, which is linked below:

♬ There is only one Disney – Kevin The Arbiter

As you can see, a video recording of a fight is sprinkled throughout the TikTok. The fight occurs at one of the tram drop-off/pick-up stations at Disney World between a Guest on the tram and others waiting to get on.

Cast Members attempt to handle the situation, but the Guest starts yelling uncontrollably from the tram. We are unsure what happened after this video was recorded.

Please note that Disney Cast Members and security officials are always at the theme parks in order to maintain a safe environment as much as possible. If you ever witness activity such as a fight or anything of this nature, or if you are ever concerned when visiting one of the Disney Parks, be sure to find the nearest Cast Member or report your issue with Guest Relations, located in each of the Disney Parks

Have you ever witnessed a fight at Disney?