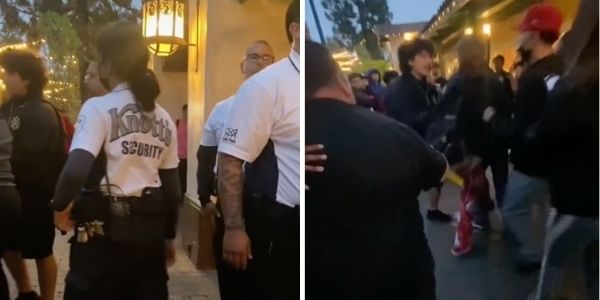 Crowds seem to be getting quite rowdy at one legendary California theme Park.

Across the country and world, theme parks act as a fun activity for the whole family to enjoy. In California, there are many great destinations to visit if you’re looking for fun rides, thrilling attractions, and delicious food. One of the most iconic theme parks in the entire country can be found here, with Knott’s Berry Farm labeling itself as “California’s Original Theme Park”.

Recently, however, some Guests are worried about the current state of the Park as crowds seem to be getting more and more rowdy and disrespectful. This was exemplified in a recent TikTok which shows several fights breaking out in the Park.

See the video below from @_yose3lin_:

As you can see, several violent and heated encounters are shown in the video. The caption leads us to believe all of these fights happened in a single day at the Parks, meaning this is most likely a common occurrence at Knott’s Berry Farm. What’s more, concerning is that most of the Guests shown in the video appear to be on the younger side with many of them looking underage.

Even though Disney World and Disneyland are considered the most “magical places” to visit, we have seen fights break out here as well. We have witnessed fistfights on Main Street, U.S.A. as well as verbal arguments between Guests and Cast members. No matter which Resort or theme Park you may be visiting, violence is never a tolerated policy.

Recently, Knott’s Berry Farm ended its mask mandate for vaccinated Guests. Guests will no longer be required to wear masks indoors once the state mandate lifts. Interestingly, face coverings will still be required indoors for unvaccinated visitors. Soon, Guests can experience Knott’s Boysenberry Festival which starts in March. During the event, Guests can experience a lot of limited-time fun such as live entertainment and fun snacks. Check out the details below:

The Knott’s Boysenberry Festival is our annual food-inspired event that celebrates the park’s historic roots by highlighting the little berry that started it all, the boysenberry. Indulge in a tantalizing lineup of dishes ranging from savory foods with a boysenberry twist to one-of-a-kind specialty desserts and drinks that you can only find at Knott’s Berry Farm during this limited-time food festival. In addition to the numerous food and drink offerings, the Knott’s Boysenberry Festival offers a wide selection of local crafters, live music, musical stage shows, and fun activities for guests of all ages to enjoy. This year’s event will introduce entirely new food offerings featuring a selection of more than two dozen food and drink items.

Have you ever witnessed a fight at Knott’s Berry Farm?