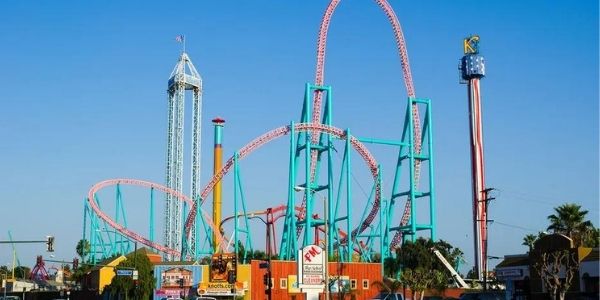 According to a report from the Los Angeles Times, an illegal marijuana lab exploded in a commercial building in Anaheim, California right near Knott’s Berry Farm on Sunday. 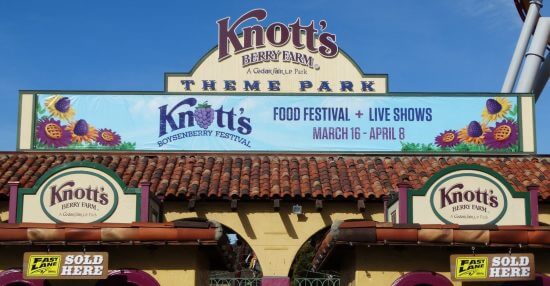 At least four people were injured, two of which were firefighters. Police responded to an emergency call at 11:22 a.m. for a fire that broke out after the explosion about three blocks east of Knott’s Berry Farm in Buena Park, said Anaheim Police Sgt. Steve Peña.

Two firefighters battling the fire were injured when the lab exploded and was rushed to the hospital, Pena said. One had second-degree burns on the side of his face, and the other suffered a back injury when the explosion pushed him onto his oxygen tank, Peña said.

According to Peña, it was a “honey butane oil extraction lab, which is an illegal operation. They’re dealing with chemicals and whatnot, so whatever they were doing inside started the fire.” By 2:30 p.m., Peña said firefighters had largely extinguished the fire but some hot spots remained.

In such makeshift labs, hash oil, also known as honey oil, is commonly extracted from marijuana plants using butane, a colorless, highly flammable gas commonly used as lighter fuel for cooking and camping, authorities said. Vapors from butane can release gas clouds, and a mere spark of static electricity can set off a fiery explosion

Recently, Knott’s Berry Farm ended its mask mandate for vaccinated Guests. Guests will no longer be required to wear masks indoors once the state mandate lifts. Interestingly, face coverings will still be required indoors for unvaccinated visitors. Soon, Guests can experience Knott’s Boysenberry Festival which starts in March. During the event, Guests can experience a lot of limited-time fun such as live entertainment and fun snacks. Check out the details below:

The Knott’s Boysenberry Festival is our annual food-inspired event that celebrates the park’s historic roots by highlighting the little berry that started it all, the boysenberry. Indulge in a tantalizing lineup of dishes ranging from savory foods with a boysenberry twist to one-of-a-kind specialty desserts and drinks that you can only find at Knott’s Berry Farm during this limited-time food festival. In addition to the numerous food and drink offerings, the Knott’s Boysenberry Festival offers a wide selection of local crafters, live music, musical stage shows, and fun activities for guests of all ages to enjoy. This year’s event will introduce entirely new food offerings featuring a selection of more than two dozen food and drink items.

More on Knott’s Berry Farm below:

Have you visited Knott’s Berry Farm in Southern California? Let us know in the comments below.