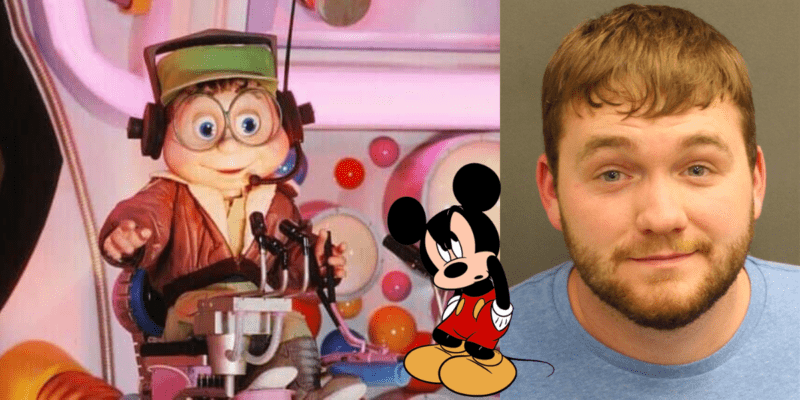 Disney Parks fans were shocked when Buzzy, a beloved animatronic from the now-defunct Cranium Command in the Wonders of Life pavilion at EPCOT, went missing in 2018. A former Cast Member, Patrick Spikes, was later arrested for stealing and reselling Buzzy’s clothing to Robin Lopez, an NBA player for the Milwaukee Bucks.

Spikes ran @BackDoorDisney, a Twitter, Instagram, and Snapchat page dedicated to backstage photos from Walt Disney World Resort. He took most of these photos by trespassing/“urban exploring” and was the first to break the news that Buzzy was missing. He was also accused of stealing wigs and costumes from The Haunted Mansion at Magic Kingdom. Allegedly, detectives searched Spikes’ home but could not find Buzzy or evidence that Spikes had taken him.

The mystery has followed the Disney Parks fan community for years. Now, it’s going mainstream. Jeff Tremaine, director of Jackass Forever (2022), plans to produce a documentary about debauchery at the Disney Parks, focusing on the Buzzy theft. According to Deadline’s exclusive reporting, the film will be called Stolen Kingdom: Bad Things Happen At The Happiest Place On Earth.

Joshua Bailey and Sam Fraser will direct the film, and Tremaine will produce under Gorilla Flicks. Tremaine has experience in documentary filmmaking, having recently produced Bad Axe (2022). This feature-length documentary won this year’s South by Southwest Audience Award and is considered the most awarded documentary film of 2022.

“Josh and Sam somehow found me and introduced me to this story I found so compelling,” Tremaine told Deadline. “I was inspired by not only this story but by these young filmmakers. Having been a part of some Disneyland misbehavior, I’m excited to be involved in this.”

It’s unknown whether this documentary will reveal any new information about Buzzy or his whereabouts. Given that the film’s title references The Happiest Place on Earth – Disneyland Resort – we can assume the movie will also focus on crimes and destructive behavior at Disneyland Park and Disney California Adventure.

Creative Artists Agency (CAA) represents Tremaine and is expected to take it out to buyers soon.