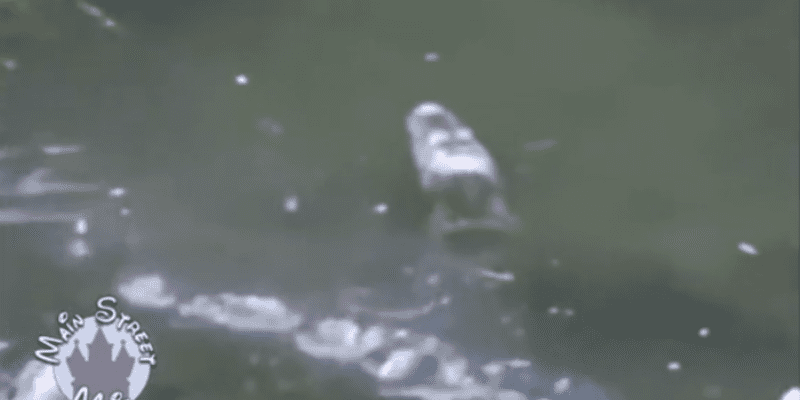 An insane incident was once caught on video at Splash Mountain in Magic Kingdom.

When visiting Magic Kingdom, there are so many fun attractions to experience, like Space Mountain, Haunted Mansion, “it’s a small world”, Seven Dwarfs Mine Train, Jungle Cruise, and Pirates of the Caribbean.

One of the most iconic attractions that has been a part of the Disney Park since its opening is Splash Mountain.

The attraction is getting ready to undergo a major retheme to Tiana’s Bayou Adventure based on the characters of the beloved Disney movie The Princess and the Frog (2009), but Guests still have a few months to catch a final ride on the attraction in its original form before it closes permanently.

A video recently resurfaced of an insane incident that unfolded at Splash Mountain.

User @mainstreemagic1971 shared a video on TikTok of a Disney Cast Member fighting off an alligator near the attraction.

As you can see, the video is from a few years ago but is still pretty insane if you’ve never seen it before. The alligator is just a few feet away from Guests and a barrier is all that stands between it getting into the attraction.

This isn’t the first incident of alligators or snakes that we’ve seen at Magic Kingdom, in particularly. In a more recent story, a Disney Cast Member was seen wrangling a snake at the Disney Park.

Disney previously announced that the name of the attraction would be “Tiana’s Bayou Adventure” and that the ride is set to open at both Magic Kingdom in Disney World and Disneyland Park in late 2024.

The theme is inspired by the animated Disney film, The Princess and the Frog. We pick up this story after the final kiss, and join Princess Tiana and Louis on a musical adventure – featuring some of the powerful music from the film – as they prepare for their first-ever Mardi Gras performance.

Tiana is a modern, courageous, and empowered woman, who pursues her dreams and never loses sight of what’s really important. It’s a great story with a strong lead character, set against the backdrop of New Orleans and the Louisiana bayou. In 1966, Walt himself opened New Orleans Square when it became the first new “land” added to Disneyland Park, so the company says it “feels natural to link the story and the incredible music of “The Princess and the Frog” to our Parks.”

Have you ever seen this video before?