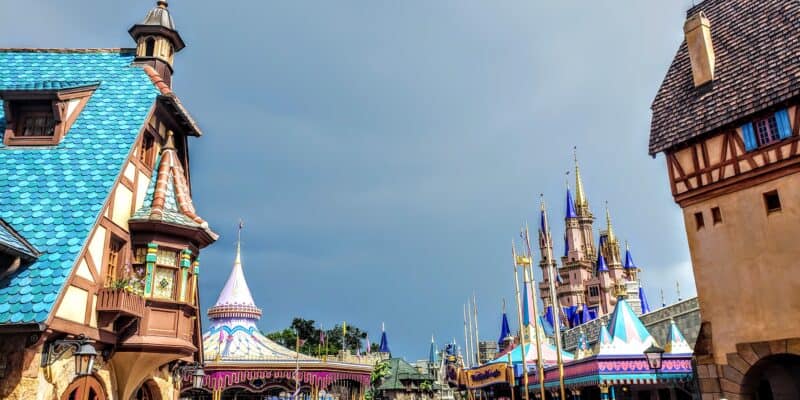 Disney World’s 50th anniversary celebration has been in full swing since October 1, 2021, as that day commemorated the passing of 50 years since Disney’s Central Florida parks welcomed the first Guests through its gates, but technically, the anniversary belongs to Magic Kingdom, as it was the first and only park open in Florida in 1971. Of the six lands inside Magic Kingdom, Fantasyland is the one Guests rush to when they want to reunite with their inner child, pretend they’re princess for a day, and experience rides and attractions inspired by their favorite Disney classic films.

But lately, Fantasyland has become a major hotspot for criminal activity, like aggravated assault and homicide.

That’s according to an NBC10 investigation that looked into the Philadelphia Police Department’s records of criminal activity. Investigators discovered a practice that has been taking place for almost 10 years. For close to a decade, anytime Philadephia police officers couldn’t record an exact location at which a crime occurred in the city, or if officers made a typo related to the location of a crime, the department would mark the crime report with alternate GPS coordinates.

But the coordinates weren’t arbitrary; rather, they belong to Fantasyland, situated just behind Cinderella Castle at Magic Kingdom.

RELATED: Disney’s Plans for a Massive Magic Kingdom Expansion are More about a Strike Against Universal Rather Than a Stride Toward a Better Guest Experience

Shineka Crawford, a resident of Philadelphia and mom of Shaquille Barbour, remembers with great pain the day a gunman killed her son.

“The pain never goes away, and never gets better,” Crawford said during an interview. Barbour was killed on 68th Avenue in West Oak Lane.

But according to Philadelphia Police Department paperwork concerning the crime, Crawford’s son was not killed on the 1700 block of 68th Avenue in West Oak, despite the fact that his family witnessed the crime. Instead, the department’s paperwork shows that the young man was killed at Fantasyland inside Magic Kingdom.

The unthinkable crime against Barbour is just one example of scores of crimes that took place in areas under the jurisdiction of the Philadelphia Police Department, but have been recorded as having taken place at Fantasyland.

“[The practice] conveys the wrong message that a police department doesn’t really care,” said Robert Kane, the director of Drexel University’s Criminology and Justice Studies. But Kane says that the practice is not uncommon; in fact, it’s a practice used by multiple police departments as a way of addressing incorrect information about the location of crimes.

In the past, the Los Angeles Police Department used the coordinates of its own headquarters for crime reports in which officers recorded incorrect or imprecise data about the location of crimes. But across the board, the industry standard is to use the coordinates 0,0, which is somewhere in the Atlantic Ocean, to reduce confusion.

Kane explains that it’s not a common practice to choose a location such as Disney World.

“I don’t think you would want your crime or a crime committed against somebody close to you, kind of minimized by the very agency that’s supposed to be investigating and trying to make it right,” he explained.

Kevin Thomas, Philadelphia Police Department’s Director of research and analysis, said he knew nothing about the use of Disney World’s coordinates in crime reports until NBC’s investigation brought it to his attention. He was told by others within the department that the decision to do so was made more than a decade ago.

“In no way was this meant to be in any way humorous,” Thomas said, continuing by explaining that Fantasyland at Disney World was chosen intentionally so that the incorrect or bad data in the reports wouldn’t “muddle” Philidelphia crime statistics.

“It was just an innocuous location chosen within the U.S. that would obviously not have anything to do with Philadelphia whatsoever,” Thomas said.

But there is concern that such a practice–though it helps to avoid confusion in Philadelphia’s crime stats reporting–could create confusion about crimes committed at Disney World in Lake Buena Vista, Orange County, Florida. As part of NBC’s efforts, investigators searched crimes reported to have taken place at Fantasyland on the Philadelphia Police Department’s website.

Per their investigation, data pulled from July 14, 2022, showed 799 crimes–all of which took place in Philadelphia–to have taken place at Disney World since January 2022, including 6 homicides, 2 rapes, and 69 aggravated assaults.

The research and analysis director claimed that the practice never impeded the department’s abilities to deal with crimes and that only 2% of crimes committed in Philadelphia were mapped at Fantasyland. Since the NBC investigation, the department has formally changed its policy.

“Thinking through this a little bit further, speaking to some of the leadership at PPD, we made the adjustment,” Thomas explained. The department now plots inaccurate crimes in the Atlantic Ocean, as is the standard procedure across law enforcement agencies around the country.

While Guests have been arrested for crimes at Disney World from time to time, the crimes shown on the Philadephia Police Department’s website were not among those incidents.