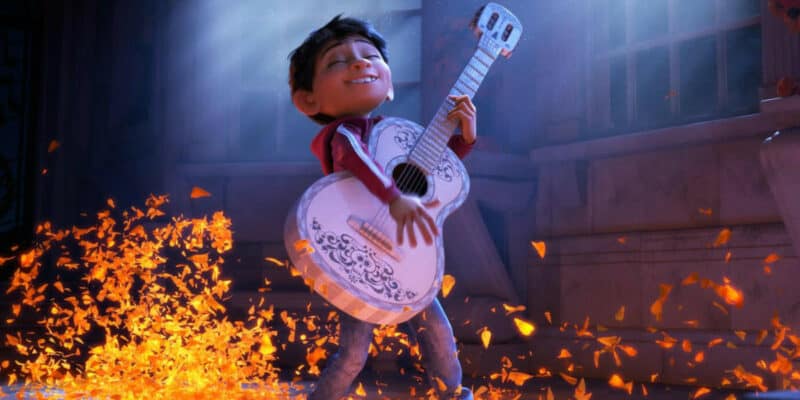 This iteration of Coco (2017) could be a spectacle!

Pixar has been the powerhouse of Disney animation for years. With an impressive catalog, it’s difficult to say which is “best,” but one of their most remarkable pieces has got to be Coco. A stunningly animated feature about heritage, culture, music, and family, Coco was a much-needed hit for Disney/Pixar and a fan favorite, earning over 90% on both the critic and audience scores on Rotten Tomatoes. Now it appears the film may be getting more attention!

When Disney brings a cherished animated film to life on stage, there’s a lot to consider and more than a few challenges to overcome. The immense popularity of films like The Lion King (1994) and Beauty and the Beast (1991) made them natural candidates for a stage adaptation. But how do you bring those to live-action?

The Lion King features an entirely animal cast, and most of the cast of Beauty and the Beast isn’t human. How would a production make that convincing without putting characters from the Parks on stage? Showrunners, producers, and designers have knocked it out of the Park with both of these adaptations and have created some of the most successful, popular, and well-loved shows on Broadway.

Now, according to a recent announcement from Steven Taylor, who plays Mufasa on Broadway, one more animated classic is making its way to the stage. Taylor shared with the audience that Disney/Pixar’s Coco is currently in development to become the next Disney Broadway Show! The announcement, reported by journalist Scott Gustin was made as part of a Disney on Broadway concert at EPCOT last night.

Here is video of Taylor making the announcement. No other details have been released.

Here is video of Taylor making the announcement. No other details have been released.pic.twitter.com/JXxSW0j4z9

The reveal was met with cheers and applause, followed by a touching rendition of the film’s hit song, “Remember Me,” by Mandy Gonzalez. Coco will be a significant Disney Musical, promising colorful sets, outstanding visual effects, and the possibility of either jaw-dropping makeup effects like Guests saw with Ernesto De La Cruz at the Parks or puppetry like performers have utilized at the Parks for citizens of the Land of the Dead.

Coco is available to stream on Disney+ and stars Anthony Gonzalez as Miguel Rivera, an aspiring child musician who makes his way to the land of the dead on Día de los Muertos, finding Hector (Gael García Bernal), his long-lost great-grandfather. The two go on a fantastic adventure learning the value of family and culture as they come face to face with the nefarious, albeit charming Ernesto De La Cruz (Benjamin Bratt).

What do you think of Coco becoming a Broadway Musical? Let us know in the comments below!