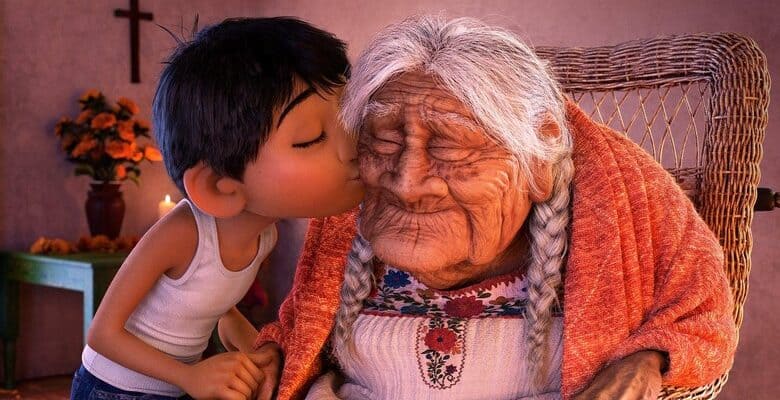 The Mexican woman who reportedly inspired Pixar’s “Mama Coco” passed away at 109, as confirmed by local authorities.

María Salud Ramírez Caballero, the woman who inspired the character of “Mama Coco” in the Pixar movie Coco (2017), died on Sunday at the age of 109 without the animation studio ever recognizing her contribution to the film. The Mexican grandmother died in her hometown, Santa Fe de la Laguna, in Michoacán.

Roberto Monroy, Secretary of Tourism for Michoacán, confirmed her passing and described her as a “tireless woman and life model” who inspired the “beloved character” of Mama Coco.

Ramírez Cabellero became known as “Mama Coco” in her community after the release of the Pixar film in 2017, as many neighbors quickly spotted the similarities between the Mexican grandmother and the character. Her family claims a team from Pixar visited the area to document the Day of the Dead traditions, photographed Caballero extensively, and lived with the family for a while. However, the studio never officially recognized the woman as an inspiration for the character.

Related: Fans Want Better Representation In Disney Parks, But Not With ‘Encanto’

El País, a Mexican journal, reported that the real-life Mama Coco dedicated her life to pottery with her husband and raised three children, giving her dozens of grandchildren, countless great-grandchildren, and great-great-grandchildren. When the journal visited her home in Michoacán in March 2021, her granddaughter, Paty, confirmed that the family had stopped seeking recognition from Pixar five years ago. “The townspeople told us that they [Pixar] had photographed her in the square, and the church and some streets appear in the film.”

While she didn’t get the recognition many would’ve wanted for her, María Salud lived happily and was proud to have been the inspiration for the character who touched so many people’s hearts, spending her days sitting next to a giant movie poster, as tourists from across the world lined up to take a photo with her in exchange for a few pesos.

Despite his family’s generations-old ban on music, young Miguel dreams of becoming an accomplished musician like his idol Ernesto de la Cruz. Desperate to prove his talent, Miguel finds himself in the stunning and colorful Land of the Dead. After meeting a charming trickster named Héctor, the two new friends embark on an extraordinary journey to unlock the real story behind Miguel’s family history.

Are you a fan of Coco? Let us know in the comments below!