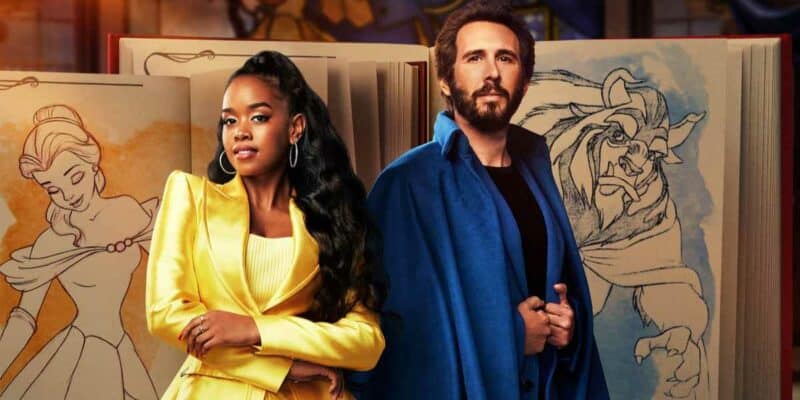 Next month, the story of Beauty and the Beast will once more take center stage as a new special, live-action meets animation celebration special will be aired this Holiday season. And now, we have the first look at H.E.R. as the classic Disney Princess Belle.

A trailblazer for The Walt Disney Company with its historic Best Picture nomination at the 64th Academy Awards in 1992, Beauty and the Beast (1991) remains popular to this day. Led by Paige O’Hara’s Belle, a small-town girl looking for adventure, the 30th Disney animated classic also included  Robby Benson as the Beast, Richard White as Gaston, Jerry Orbach as Lumière, David Ogden Stiers as Cogsworth, and the late Angela Lansbury as Mrs. Potts.

Related: Bizarre ‘Beauty and the Beast’ Theory Proves Beast Was Actually a MURDERER

So much so, that The Walt Disney Company is celebrating 30 years of the Beauty and the Beast Disney classic with a new ABC special, Beauty and the Beast: A 30th Celebration. The live-action and animated event will air on ABC on December 15, before becoming available to stream on Disney+ just a day later. Leading the special will be H.E.R. as Belle and Josh Groban as Beast — and the first look at both has been revealed by Disney with the characters getting a striking new look for this brand-new project. Grandiose, billowing costumes are gone, and instead, the characters don a sleeker, glossier look inspired by those iconic blue and gold colors fans have come to associate with Belle and Beast in the classic story.

When H.E.R. (real name ) was first announced as the Belle for the Beauty and the Beast: A 30th Celebration, the Grammy Award-winning musician could not contain her excitement over taking on such a classic Disney Princess role. She said:

“I can’t believe I get to be a part of the ‘Beauty and the Beast’ legacy,” H.E.R. said. “The world will see a Black and Filipino Belle! I have always wanted to be a Disney princess, and I get to work with two wonderful directors Hamish Hamilton and my favorite, Jon M. Chu. It is very surreal and I couldn’t be more grateful.”

On H.E.R.’s casting, executive producer Jon M. Chu celebrated the singer, brandishing her as “the perfect embodiment” of the famous Disney character.

“With her obvious extraordinary talent and stage presence, H.E.R. is the perfect embodiment of our Belle and we are thrilled for audiences to see her in this celebration of creativity,” said Chu. “We were both influenced as storytellers by the original animated movie, so it’s very exciting to collaborate together to honor the artistry of that timeless classic while also inspiring a whole new generation of creators.”

Joining H.E.R. and Groban will be Rita Moreno as the voice of the narrator, Shania Twain as Mrs. Potts, Martin Short as Lumière, David Alan Grier as Cogsworth, and Joshua Henry as Gaston.

Will you be tuning into the Beauty and the Beast: A 30th Celebration this December? Let us know in the comments down below!