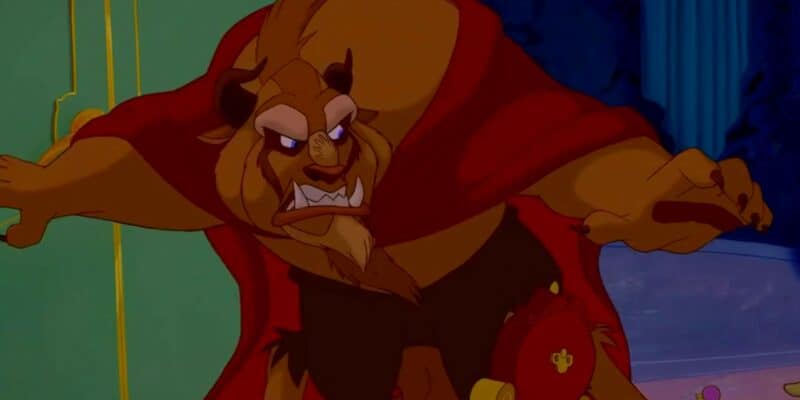 Now, another theory is proving Beast from Beauty and the Beast was actually a murderer prior to meeting Belle.

For starters, if you have never seen Disney’s Beauty and the Beast, the official Disney Movies description reads:

Be our guest and join the beloved, independent Belle and the Beast with the soul of a prince as they cast an enchanting spell like never before. Disney’s beloved modern classic, the first animated feature film in the history of the Oscars nominated for Best Picture (1991). The music you’ll never forget, the characters who will fill your heart and the magical adventure about finding beauty within all come to spectacular life.

The film tells the story of a prince who is transformed into a Beast and a young woman named Belle who he holds captive in his castle. In order to become human again, the Beast must learn to love and also get love in return before the last petal falls from the Enchanted Rose. If he fails, he will remain a Beast forever.

A theory is now making its rounds, which proves that Beast was a murderer before he held Belle captive.

The theory, which was posted to Reddit and since shared to various other social media platforms, states:

So in Beauty and the Beast all the furniture is alive and sentient to some degree. This is true for every part of the castle… almost. On Cogsworth and Lumière’s tour we witness that even the armour is somewhat sentient, though they appear unable to speak. We witness similar things in the song ‘To Be Human’. However in the West Wing which is presumably where the Beast’s bedroom is/was, there is no living or sentient furniture. Looking closely all the furniture is broken and severely damaged. This clearly happened in a fit of rage probably early on in the curse. This is the only room in the castle without living furniture. My theory is unknowingly, the Beast killed them all in a fit of rage near the time when he was first cursed.

Though this has not been confirmed by Disney, I, personally, think theory makes sense.

Do you think this Beauty and the Beast theory makes sense? Let us know in the comments below.