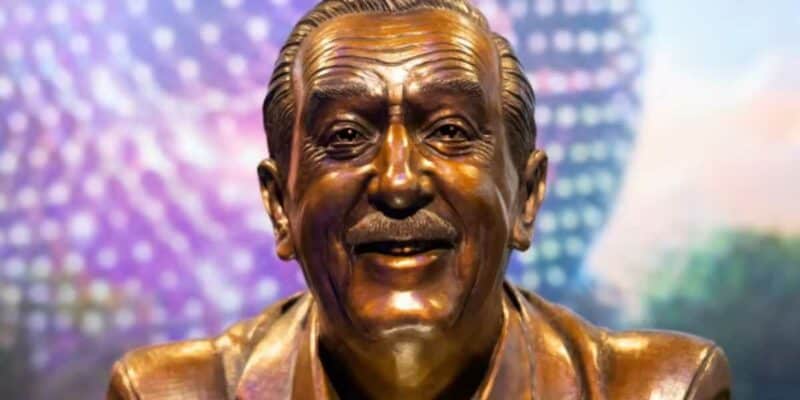 Today, The Walt Disney Company is one of the world’s largest media and entertainment companies, with many subsidiaries and properties, including Marvel, Lucasfilm, and 21st Century Fox. But, The Walt Disney Company wasn’t always the influential global icon it has become today. Walt Disney and his brother Roy started the company from humble beginnings. As Disney kicks off its 100 Years of Wonder Celebration in 2023, we look back at how Disney has shaped the world and how the company has changed over the last 100 years.

Releated: Disney History: Walt Disney Got His Start in Animation 100 Years Ago

The Walt Disney Company has undergone significant changes in the last 100 years. When Disney was founded in 1923, it was primarily a cartoon studio producing animated shorts for theaters. Over time, the company diversified its offerings and expanded into new markets. Now Disney is a global media and entertainment conglomerate with a portfolio that includes film and television production, Theme Parks, cruise lines, and consumer products.

Overall, the early years of the Walt Disney Company were characterized by the creation of beloved animated characters and films, as well as the company’s expansion into Theme Parks and television. These early successes laid the foundation for the massive media and entertainment conglomerate that Disney is today.

The Walt Disney Company was founded on October 16, 1923, by Walt Disney and Roy O. Disney as the Disney Brothers Cartoon Studio. The company’s first significant success was creating the character Mickey Mouse in 1928. This was followed by the first full-length animated feature film, Snow White and the Seven Dwarfs (1937). Snow White was a huge commercial and theatrical success, earning over $8 million at the box office and solidifying Disney’s reputation as a leader in animation.

Over the next several decades, Disney expanded its operations to include Theme Parks, television shows, and live-action films. During the 1940s, Disney continued to produce successful animated films such as Pinocchio, Fantasia, and Bambi. The company also began to branch out into other forms of entertainment, including creating Disneyland, the first-ever themed Amusement Park, which opened in 1955. Disney also produced nature and True-Life Adventure documentary series, which were popular in the 1950s. In the 1940s, Disney began making live-action films, including Treasure Island (1950) and 20,000 Leagues Under the Sea (1954). The 1950s saw the debut of the first Disney television show, “Disneyland,” which featured a mix of live-action and animation and helped further promote the Disney brand. In 1955, Disneyland Park, the first Disney Theme Park, opened in Anaheim, California.

During its early years, Disney established itself as an animation and family entertainment leader and laid the foundation for its future growth and success as a global media and entertainment company.

The Walt Disney Company struggled greatly after the death of its founder, Walt Disney, in 1966. Despite his passing, the company continued to produce films and open new theme parks, but the magic and innovation that had defined the company under Walt’s leadership were missing.

Without Walt’s vision and drive, the company struggled to produce successful films and theme Park attractions. Executives and animators who had worked closely with Walt found it difficult to continue without his guidance and inspiration.

The first few years after Walt’s death were marked by a lack of new projects and a decline in profits. Many of the company’s employees were mourning and struggled to focus on their work. In addition to the creative struggles, the company also faced financial difficulties. The cost of building and maintaining the theme parks had grown significantly, and the company struggled to profit. The company’s board of directors was also in disarray, with members unsure how to lead the company without Walt’s guidance.

The board brought in a new CEO with no entertainment industry experience to keep the company afloat. This decision proved a significant mistake, as the new CEO did not understand the company’s core values and struggled to connect with its employees and customers.

The company’s theme parks, one of its primary sources of revenue, also began to suffer. Attendance dropped as the parks struggled to compete with newer, more modern attractions. The company’s animation division, a significant source of its success, also began to falter as competitors like Warner Bros. and MGM began to produce more popular animated films.

Despite these challenges, the company was determined to carry on Walt’s legacy. They poured resources into research and development, trying to develop new and exciting ideas for films and theme Park attractions.

One of these projects was the development of EPCOT, a new Theme Park to celebrate innovation and technology. The Park had been one of Walt’s dreams before he died, and his employees were determined to make it a reality.

Over the last 100 years, The Walt Disney Company became Hollywood’s largest and most influential entertainment organization. Disney is among the world’s best-known companies and includes a portfolio of brands that features a marquee film stable, television, stage plays, theme parks, cruise ships, and a streaming service, among other businesses.

The Walt Disney franchise is part of the entire world’s public consciousness. There are not too many people on earth who don’t remember a Disney memory from childhood. That includes influential executives who work for The Walt Disney Company, such as Disney movie studios chief Alan Bergman.

During Bergman’s early childhood years, he had the lucky fortune of living near Disneyland Resort and could view the fireworks display at Theme Park whenever he wanted. In his role today, Bergman oversees various film labels as chairman of Disney Studios Content and theatrical stage productions. Bergman would go on to state that “We always aim to deliver great stories that resonate with people worldwide and stand the test of time. Every new film or series is a chance to create a connection that audiences can carry with them for a lifetime.”

Another example of Walt Disney and how his legacy still impacts pop culture is described by Hollywood filmmaker Justin Simien. Simien, the director of the upcoming live-action film Haunted Mansion (2023), was obsessed with Disney cartoons that he watched as a kid on his favorite toy, a Fisher-Price Movie viewer. Simien said, “When I started school, education became significant only when a teacher reached into a stack of those giant Disney clamshells for a ‘movie day.’ By the time I was taking a first-grade field trip to see The Little Mermaid (1989) for a music class, I was thoroughly indoctrinated.” In addition to the impact that Disney Animated Films had on him, Simien also had the chance to visit Walt Disney World Resort, where he was “traumatized for life by two events: 1) Riding Space Mountain with my mother while she screamed to God to save us; 2) The part at the end of Haunted Mansion where a ghost in a mirror appeared to be riding with me out the exit. I wasn’t even sure that was just a trick.”

Those experiences as a kid will undoubtedly continue to impact the next generation of Disney fans. Just as characters from Disney movies are included within the Disney Parks, we have now seen that many of the Walt Disney-inspired Theme Park attractions are now making their way into becoming theatrical releases.

Fans and industry professionals were skeptical when the Walt Disney Studios announced plans to make a film based on the Pirates of the Caribbean ride. The Johnny Depp-led film franchise transformed into a significant cash cow for Disney following the first movie’s release in the summer of 2003.

According to reports, Simien has worked closely with Walt Disney Imagineering, the division responsible for creating, designing, and building all Disney Park attractions. The creative division, founded by Walt Disney in 1952 to assist with Disneyland Resort, also is responsible for overseeing the design and maintenance of the cruise ships, merchandise product development, games, and publishing. Walt Disney continues to put his fingerprints on Disney’s future projects.

It is difficult to predict precisely what Disney’s next 100 years will look like, as it will depend on various factors such as technological advancements, shifting consumer preferences, and global events. As Walt Disney famously said, “Disneyland will never be completed. It will continue to grow as long as imagination is left in the world” — that single quote sparked the idea for the entire collection. The Walt Disney Company will likely continue innovating and evolving its media and entertainment offerings, including theme parks, movies, and streaming services. But there is one thing we can say for sure; change will always be a constant.

How has Disney impacted your life? Let us know by leaving us a comment below.