What Public Domain Means For Mickey Mouse - Inside the Magic 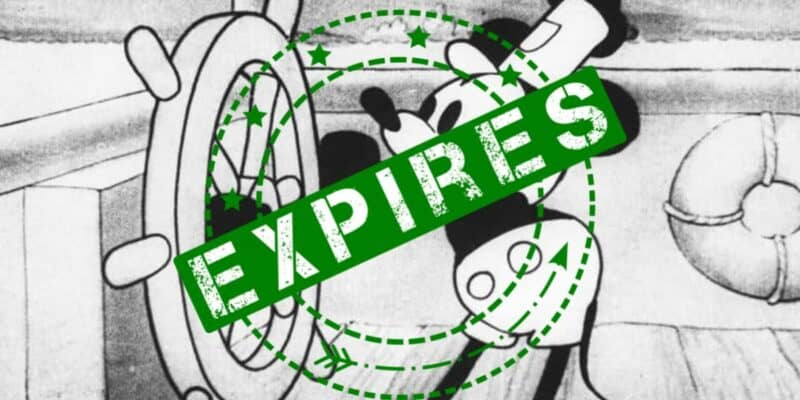 With Disney set to celebrate its 100th anniversary, Mickey Mouse is also set to celebrate his 95th birthday. While this is a momentous occasion for the company and its famous mascot, it also means that Mickey is set to enter the public domain, which could come with different repercussions. Mickey in the public domain could open the door to many new opportunities, both good and bad, but he might be able to avoid that fate.

Mickey wouldn’t be the first public-domain character made famous by Disney, just look at Peter Pan and Winnie the Pooh. However, he would possibly be one of the most famous characters to fall from copyright. Fans might not know that this isn’t the first time the rights to Mickey Mouse have been under the blade, but certain legislature has kept him protected for decades. The Copyright Act of 1976 covered him until 2003, and later the Sonny Bono Copyright Term Extension Act, later dubbed “The Mickey Mouse Protection Act” extended the term yet again. Now that the most recent extension is set to expire, what does that mean for the mouse and his fans?

Technically, it’s only Mickey’s Steamboat Willie persona that’s at risk. The thoroughly modern Mickey most of the world is familiar with is still protected under Disney’s trademark. However, if the copyright for the 1928 short isn’t renewed, artists, creators, and others will have the ability to do whatever they wish with the original monochrome version of the character. That means that only the monochrome incarnation is up for grabs, not the Sorcerer’s Apprentice or other variations.

For context, Winnie the Pooh entered the public domain earlier this year, but not Disney’s variation. A.A. Milne’s original tale is open for reinterpretation and experimentation in the way other works like The Wizard of Oz and A Christmas Carol have been, but not Disney’s adaptation. There is a clear and distinct separation between the two entities, and as long as the original work is being adapted and not Disney’s version, it’s all fair game. That’s how Pooh and Piglet wound up as the lead roles in the upcoming Blood and Honey.

Related: Mickey & Minnie’s Runaway Railway Could Be Getting Major Additions

Does this mean Mickey could be next for a blood-soaked horror adaptation? It’s a possibility, but not likely. There’s still a chance Mickey could be further protected due to his cultural influence, but that’s a decision that might not be further discussed until closer to the end of 2023. Whether his copyright expires or not, there’s still only one Mickey, and no imitations or adaptations could ever change that.

What do you think will happen to our beloved mouse? Tell us in the comments below.