Classic Disney Movie's Legacy Up in the Air, 'Bambi' Horror Film In the Works - Inside the Magic 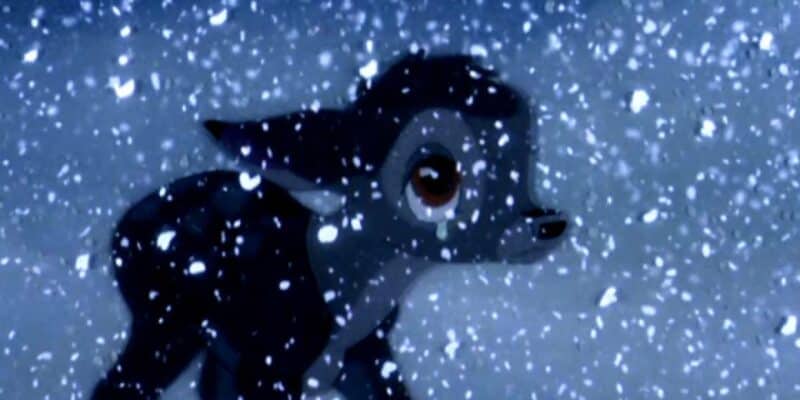 No one loved Winne the Pooh getting a horror film, but the team working on the horrible retelling of people’s childhood heroes is returning to ruin Bambi.

Bambi might not be as popular as Cinderella or Lion King, but the movie is a Disney Classic. In the past, Disney ensured Bambi’s legacy wouldn’t be tarnished, as Ryan Reynolds originally wanted to mess around with the iconic character.

He wanted to announce his arrival as Deadpool in the MCU by being the one who killed Bambi’s mother. This shocking idea didn’t sit well with Disney, and they instantly shut it down. So Reynolds got Korg, which was as far as anyone could get.

Related: Olaf Gets His Own Disney+ Series Recapping Disney Classics

Dreadcentral reports that ITN Studios and Jagged Edge productions are working to make a new horrific retelling of the classic story Bambi: The Reckoning. Production would begin in January 2022, with the same team working on Winnie the Pooh: Blood and Honey coming back to make the movie into a slasher horror. Instead of songs, you can expect the movie to be bloody and awful.

This retelling won’t be for children, as the source reports Bambi might be going out for revenge after her mother died. Scott Jeffrey is set to direct the film and will take a lot of inspiration from The Ritual, another horror film with a massive deer with extra limbs going on a murderous rampage.

Jeffrey gives fans an idea of what the movie will be like as he states that Bambi will probably have rabies:

“The film will be an incredibly dark retelling of the 1928 story we all know and love. Finding inspiration from the design used in Netflix’s The Ritual, Bambi will be a vicious killing machine that lurks in the wilderness. Prepare for Bambi on rabies!”

Sadly, this movie won’t be what fans want. How a movie like this could be made without Disney suing the company is unknown. Disney has always been known to protect their image, and Bambi seems like a character worthy enough to make sure no projects like this slasher film would create another iteration of the character.

The project won’t debut on Disney+, but the movie will confuse and make fans upset as it will tarnish the legacy of one of Disney’s classic characters. One reason that might stop Disney from doing anything is that the copyrights for using these characters don’t last forever, and Bambi’s time as an exclusive character might be over.

Do you think Disney should do something? Let us know what you think!

Comments Off on Classic Disney Movie’s Legacy Up in the Air, ‘Bambi’ Horror Film In the Works