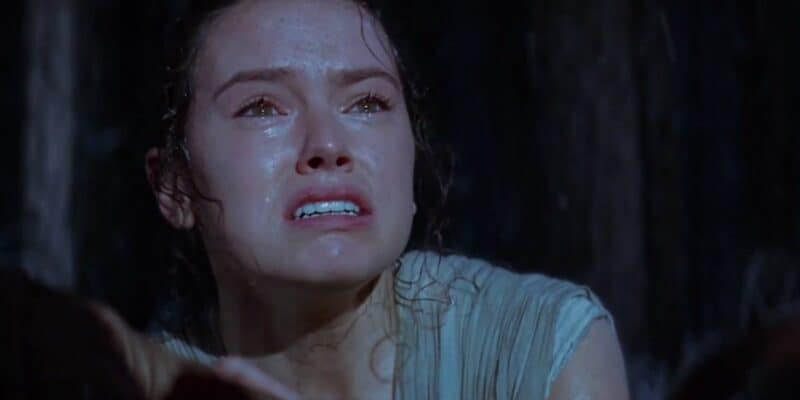 Daisy Ridley has spent years being attacked for her character, Rey, and has decided to stand up and defend her character, but she ends up helping fans stay angry at the Sequel Trilogy.

When George Lucas sold the rights to Star Wars and Disney began working on Star Wars: Episode VII — The Force Awakens (2015), fans were cautious. Some were excited to see a Star Wars movie on the big screen since it had been ten years since Star Wars: Episode III — Revenge of the Sith (2005) was released in theaters.

The Sequel Trilogy only led to the fanbase being torn apart as some fans adored the new trilogy while others hated every part of it. Rey, at the end of the trilogy, with her force healing powers, decides that even though her bloodline is connected to Palpatine, she wants to be known as a Skywalker in honor of Leia and Luke.

Rey’s parents have always caused a stir online as fans weren’t happy with how JJ Abrams and Rian Johnson presented two different ideas for who Rey’s family was. Star Wars somehow kept both because it was more important to undo the work of the other director instead of creating a unified vision.

For most of her time after Star Wars: Episode IX — The Rise of Skywalker (2019), Ridley has stayed quiet and to herself, but she has recently started to speak up more. She has teased that she could soon be working with Lucasfilm again and has met with the company recently.

Related: How Rey Could Be Retconned In ‘Star Wars’

In an interview, she opened up about Rey’s parentage and how she liked either perspective that the Sequel Trilogy provides:

What’s so interesting is that Abrams is the one responsible for telling Ridley that she comes from no one, when the director is responsible for bringing Emperor Palpatine back from the dead for Rise of Skywalker. The director went to great lengths to assure fans that this was always the case, but Ridley has more than once admitted this was not the case.

Even though Ridley defends the decision behind Rey’s parentage, she only reminds fans of Abram’s mistake of telling Rey in Force Awakens that she is a nobody before completely changing the Star Wars universe.

Lucasfilm has left the trilogy alone ever since 2019, but it seems that future movies and projects will begin to explore different areas around the Sequel Trilogy. One can only hope that Star Wars has learned their lesson and won’t make more mistakes as they did with Rey’s parentage.

Do you think Star Wars will create another Sequel movie? Let us know what you think!