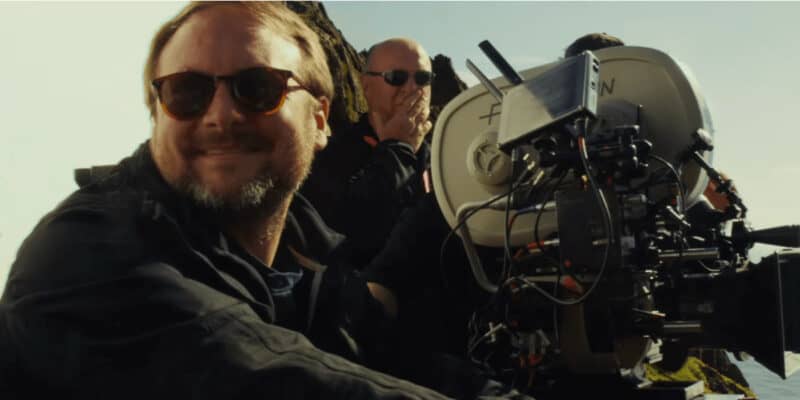 The controversial Star Wars director, Rian Johnson is back.

Since the first film, Star Wars: Episode IV – A New Hope (1977), was released, the franchise has been in a constant state of evolution. Though it has its roots with George Lucas, different screenwriters and directors have had their turn since the beginning. Even Star Wars: Episode V – The Empire Strikes Back (1980), the second film in the franchise, was written by Leigh Brackett and Lawrence Kasdan and directed by Irvin Kershner. Each has brought something new and different to the Space Opera, for better or worse.

One thing that fans have always been able to rely on in Star Wars, however, is humor. In the original Star Wars trilogy, that was essentially the primary function of both R2-D2 (Kenny Baker) and C-3PO (Anthony Daniels). In the first act of A New Hope, audiences saw 3PO (Daniels) giving R2 (Baker) a swift, Three Stooges-like kick after they part ways in the Tatooine desert. This only continues throughout the trilogy as the droids find themselves in one scrape or another.

The prequel trilogy expanded on this concept, introducing the character Jar-Jar Binks (Ahmed Best) in Star Wars: Episode I – The Phantom Menace (1999). He wasn’t the only character present for comedic effect, either. Far from the wizened old mentor he appeared as in the Original Trilogy, Obi-Wan Kenobi (Ewan McGregor) was never short of quick quips and jibes directed at either himself or as in Star Wars: Episode II – Attack of the Clones (2002), at his padawan, Anakin Skywalker (Hayden Christensen) saying, “Why do I get the feeling you’re going to be the death of me?”.

The sequel trilogy continued this trend, and, in some fans’ view, to excess in Rian Johnson’s Star Wars: Episode VIII – The Last Jedi (2017). While comedy is a critical part of many screenplays, especially in Star Wars, many moviegoers felt that the comedy in the sequel to Star Wars: Episode VII – The Force Awakens (2015) undercut some of the more serious moments. After all, there was an immense and powerful buildup to the reveal of Luke Skywalker (Mark Hamill) in that film, only for him to toss his old lightsaber over his shoulder in Last Jedi.

Rian Johnson doesn’t regret these decisions, however. In a recent interview with GQ, shared by Deadline, Rian Johnson sites equally serious moments in the original trilogy underscored with moments of comedy, calling out critics of his installation in the franchise:

“Anyone who thinks that slightly goofy humor does not have a place in the Star Wars universe, I don’t know if they’ve seen Return of the Jedi. There’s literally a scene where Han Solo is like a cartoon, trussed up to a pole and a torch goes by him to light the fire, to cook him…”

Johnson goes on to explain that comedy like this, self-aware comedy is “Part and Parcel” of Star Wars and, just like the theme of Last Jedi, is part of the balance that goes into a Star Wars screenplay. Johnson’s Star Wars continues to be divisive amongst fans of the franchise and has even cost him a promised trilogy that he was to spearhead.

Rian Johnson’s latest film, Glass Onion: A Knives Out Mystery (2022), just started streaming on Netflix and has met with both critical success and a positive reception from audiences.

What did you think of the comedy in The Last Jedi? Let us know in the comments below!