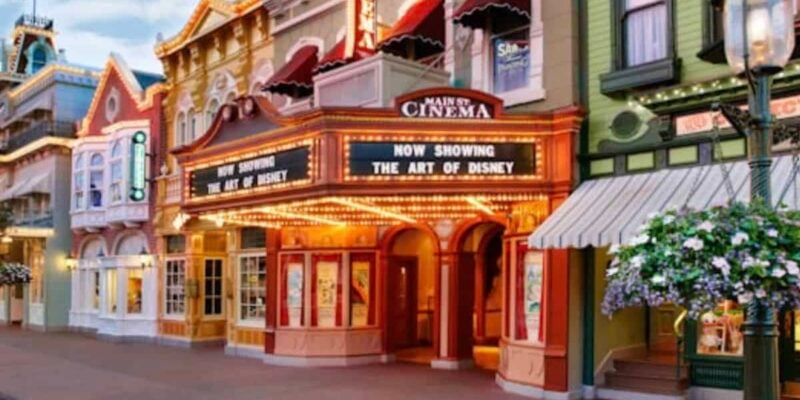 This November, Walt Disney World Resort briefly added an all-new water experience to Magic Kingdom. Though the Disney Park is already home to Splash Mountain – a log flume ride that will close in January to make way for a Princess and the Frog (2009) retheme – a few lucky Guests had the chance to cool off with a splash of water on Main Street, U.S.A.

TikToker @waltdisneyworldparks shared a video of the “water feature:”

Okay… Maybe it’s not a swimming pool, but a construction site turned into a pond soon after Tropical Storm Nicole hit swampy Central Florida last month. We wouldn’t recommend stepping foot into this active construction site for a dip!

Luckily for any concerned Guests, the construction site soon dried up and was removed sometime before Thanksgiving. It was still there when we visited Magic Kingdom on November 22, but it was gone when we stopped by Cinderella Castle again on November 24.

Though Walt Disney World Resort didn’t release any information about this minor maintenance project at Magic Kingdom, the Disney Park appeared to have repaired some of the bricks. Guests hoping for a quiet place to relax and people-watch are now safe to walk on Center Street, a less-traveled offshoot of Main Street, U.S.A.!

Nowadays, each “Castle” Park features its own customized version of Main Street, U.S.A., where Guests can shop and dine in a nostalgic environment customized to their cultures and history.