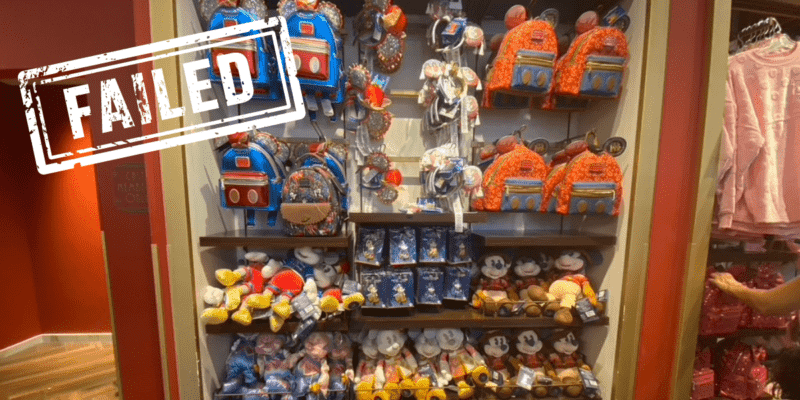 Credit: Inside the Magic Jess Colopy

Nearly a year ago, shopDisney announced another annual merchandise series celebrating the 50th Anniversary of Walt Disney World Resort, its beloved attractions, and Mickey Mouse himself.

The Mickey Mouse: The Main Attraction series follows Stitch Crashes Disney and Minnie Mouse: The Main Attraction as another year-long merchandise collection. Resellers and fans alike hopped on board for the first release in January, inspired by Space Mountain. Later releases have been styled like Peter Pan’s Flight, Walt Disney’s Enchanted Tiki Room, and other classic Disney attractions.

Like its predecessors, the collection isn’t without faults. Though releases were intended for monthly, supply chain shortages have meant multiple delays. Collection 11/12, inspired by The Jungle Cruise, just released today though it was initially slotted for early November.

Many fans have complained about the quality of the Mickey Main Attraction series, too. In June, we reported on disappointed buyers who found their Mickey Mouse ears barely glued together and made of cheap crafting materials.

Notably, this collection is even more expensive than previous year-long releases. Each Loungefly bag costs $85, each plush and ear headband costs $34.99, and each jumbo pin costs $29.99. (2021’s Stitch Crashes Disney Collection featured jumbo pins for $24.99 and Stitch plush for $29.99.)

We later found earlier pieces from the collection priced to sell at Disney Character Warehouse, a Disney Parks outlet store located on International Drive and Vineland Road in Orlando.

A merchandise Cast Member at Disney’s Hollywood Studios told a group of Guests that the collection was supposed to be released monthly but was struggling to keep up. The anonymous Disney Park employee added that shops received no communication from shopDisney about when they’d receive new Mickey Mouse: The Main Attraction pieces.

Many Guests appeared confused by the merchandise, which wasn’t obviously displayed as part of a collection. Some kids took an interest in the Mickey Mouse plushes, but the shelves remain full of pins, ears, and even the highly-collectible Loungefly backpacks.

What do you think of Mickey Mouse: The Main Attraction?